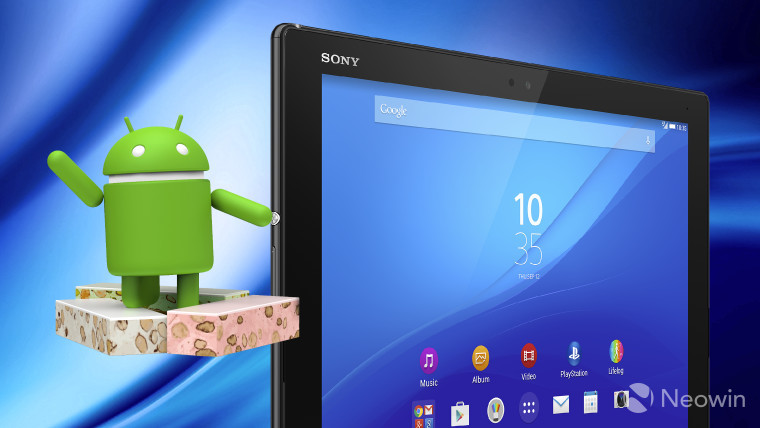 Sony commenced its Android 7.0 Nougat program in November, starting with the Xperia X Performance. Since then, the company has accelerated its efforts to deploy the update to more of its devices, including the Xperia X, Xperia X Compact, the Xperia Z5 family, and most recently, the Xperia Z3+.

Now, Sony has confirmed that the Nougat update is also available for the Xperia Z4 Tablet. As with Sony's other devices, the update only brings the OS version up to Android 7.0, which was released five months ago. The manufacturer hasn't yet announced any plans to upgrade its devices to the newer Android 7.1.1 release, which Google made available last month.