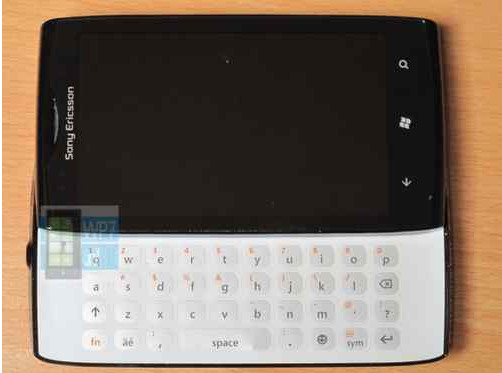 In June 2012, a video made its way to the Internet that showed a working prototype of a cancelled Sony Ericsson Windows Phone device, code named "Julie". Now, one of those rare prototypes has found its way to the Netherlands version of eBay, where you can bid on the phone right now.

The eBay page says only seven of these prototypes were made and this version being sold is only one of five in this particular color. As you can see, Julie has a QWERTY slide-out keyboard and the eBay listing says that it has a 2010 version of the Windows Phone 7 OS inside. It has 16 GB of storage and an eight megapixel camera, which was a big number for a camera inside a smartphone made in 2010.

While the eBay listing says that the prototype is fully operational, it's possible that the hardware may not be able to be used as a phone if the person who wins the auction decides to put in a SIM card. In any case, this is certainly an interesting piece of prototype hardware for a product that never launched, coming from a company that technically no longer exists.