While Sony didn't show off the upgraded PlayStation 4 - code-named "Neo" - at its E3 2016 briefing as expected, the company did unveil the PlayStation VR (PSVR) headset. Now, in an interview with CNBC, PlayStation executive Andrew House has shared his thoughts on the upcoming PSVR headset and Neo. 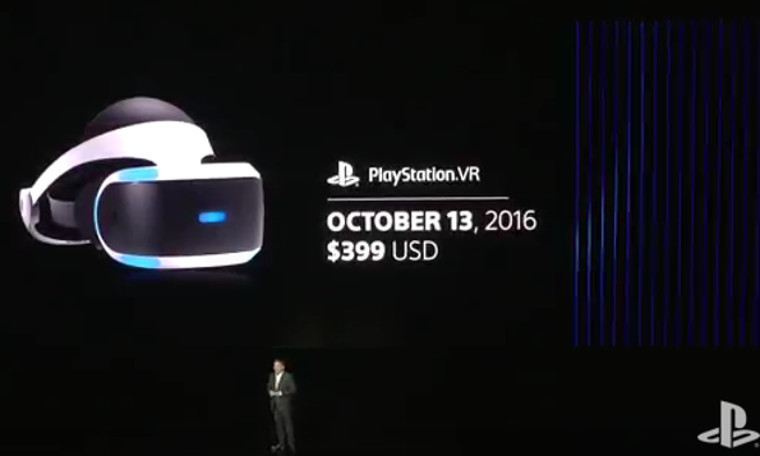 House stated that Sony expects PSVR shortages, mainly due to virtual reality still being relatively less developed as a medium of entertainment, with sales difficult to predict. He went on to say that:

We have growing confidence that we'll be supply constrained with this product, but we'll do our very best to meet demand. Virtual reality is a medium that's in its infancy. With such a nascent, very new form of storytelling, it's difficult to predict what user uptake is going to be.

We're obviously very excited about the overall future potential for virtual reality and we think it's the right opportunity to start to build a market. But we need to keep reminding ourselves that you're requiring a very different user engagement than we have seen previously. [...] The experiences we are delivering are truly transformative for gaming and that will inspire a certain audience. How large that audience is remains to be seen.

House also claimed that most gaming titles for the PSVR will be priced between $20 and $40, however, there will be some games which will be priced slightly higher or lower. He said that with new games which tout virtual reality such as Batman: Arkham, Resident Evil 7 biohazard, Final Fantasy XV, Here They Lie, Farpoint, and others, the company is looking to tap into the interests of the VR audience.

With regards to the PlayStation Neo, House claimed that the upcoming console is not the beginning of the next generation, but a "high-end version" of the PlayStation 4. He further said that:

We will absolutely have a single community of players. All of the games releasing within this life cycle [of consoles] will absolutely be playable on the standard PS4. […] This just offers the consumer another option. If you are looking for the highest graphics performance, if you recent bought a 4K TV and you're looking for content, then Neo is going to be great option for you. But it is that – an option – rather than saying the cycle has moved on.

With that being said, he declined to shed details on the pricing and availability on Sony's upcoming console, refusing to comment on whether it would debut this year or the next. However, he did say that the company is looking for a timeframe to launch the console such that the user base doesn't feel too rushed or the opposite. He went on to say that:

People invest in a console and they want to have that investment validated over a decent period of time. That being said, with iterations like Neo we are, to some degree as an industry, acknowledging the pace of iteration has shifted. […] People have become attuned to a slightly different cadence of innovation. The critical thing is to give the consumer options, rather than dictate the future for them.

While most details regarding Sony's Neo are unknown as of yet, the company has stated that the PSVR will launch on October 13, 2016, starting at $399. The headset is expected to receive 50 gaming titles including Call of Duty: Modern Warfare Remastered and Star Wars.