Microsoft and Sony have fired off their share of pot shots against each other in the current PlayStation 4-Xbox One war, but last week, Microsoft went online on Twitter and Facebook to sent their congratulations to Sony on the U.S. launch of the PS4.

Today, it was Sony's turn to send some warm wishes to Microsoft as the PlayStation Twitter feed posted its own congratulations to the folks in Redmond for the Xbox One launch in 13 markets today. 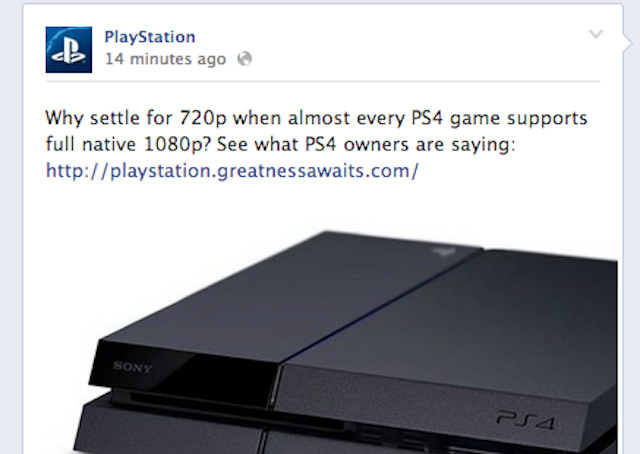 After some protests from users, the post was later deleted.