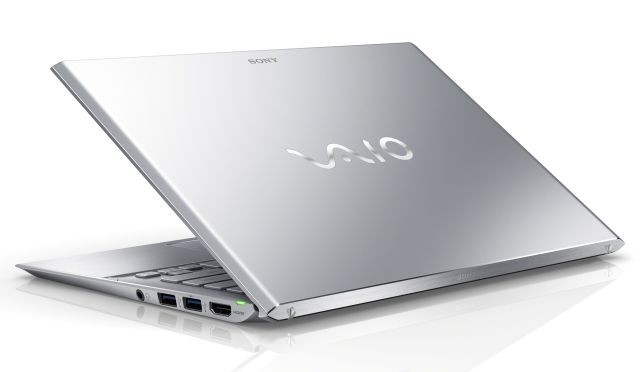 Sony's Vaio PC notebooks have been among the lightest ever made and this week, the company may have outdone itself with a new addition, the Sony Vaio Pro 11. The notebook, with an 11 inch screen and Intel's fourth generation Core processor inside, only weighs in at 1.92 pounds (870 grams). That's not much heavier than most tablets.

PCWorld.com reports that the Sony Vaio 11 will be priced starting at $1,149 when it goes on sale June 9th but it appears it won't have a touchscreen. However, Sony is also offering the larger 13 inch Vaio Pro 13 that will have a touchscreen display for Windows 8. It has a weight of just 2.34 pounds. The Vaio Pro 13 also reportedly has a high-speed PCIe SSD drive, which Sony says is the first of its type, and will be available starting at $1,249.

If you want to add a little more weight to these super-light notebooks, you can purchase the optional extra sheet battery. That will increase the battery life of the Vaio Pro 11 to 14 hours and the Pro 13 to 13 hours.

Sony also announced the addition of the Vaio Duo 13, a larger version of its previously released Windows 8 Vaio Duo 11 notebook-tablet hybrid. Like the older and smaller model, the 13 inch Vaio Duo 13 has a touchscreen that sits on top of the keyboard in tablet mode and slides up to expose the keyboard for working like a notebook. The 2.93 pound PC will have a starting price of $1,399.