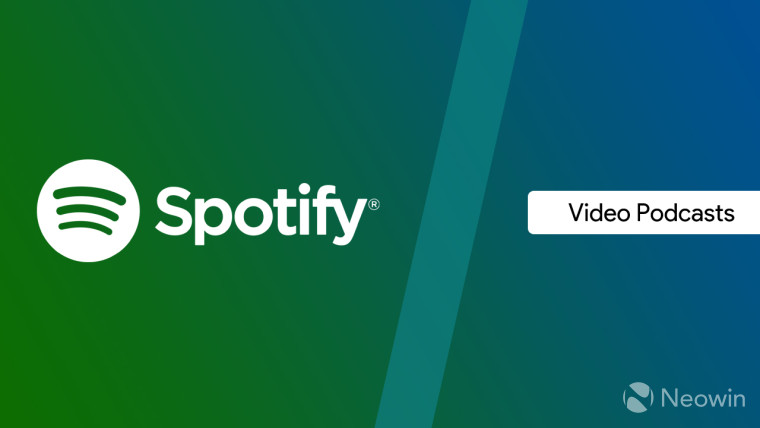 Spotify today announced that it is bringing video podcasts to the app. The feature will be made available to all markets where podcasts are supported. The company says that the “first version of its new podcast feature” is launching with select podcasts. The ability to stream video podcasts will be available to both premium and free tier users.

With the addition of this feature, users can directly play the podcast on desktop and mobile apps. The videos will automatically begin playing with the audio. Additionally, users can minimize the app or lock their phones without having to stop listening to the podcast, as the audio will continue playing in the background. Users will still be able to download the audio version of the podcast locally to stream it offline. YouTube too lets users play videos in the background. However, that feature is limited to paid customers. It is not clear if Spotify too will impose such restrictions.

The move by the company was expected since it hinted at possible support for the feature when it snagged an exclusivity deal with Joe Rogan’s podcast. The popular podcaster has over nine million subscribers on YouTube, and Spotify's decision to sign Rogan’s show as an exclusive for its platform suggests that the music streaming company is planning to compete with the likes of YouTube.

The list of podcasts that support video includes Book of Basketball 2.0, Fantasy Footballers, The Misfits Podcast, H3 Podcast, The Morning Toast, Higher Learning with Van Lathan & Rachel Lindsay, and The Rooster Teeth Podcast. Joe Rogan’s podcast – The Joe Rogan Experience – is slated to arrive on the platform starting September 1, which is why it is excluded from the list of the first few names to get on board.