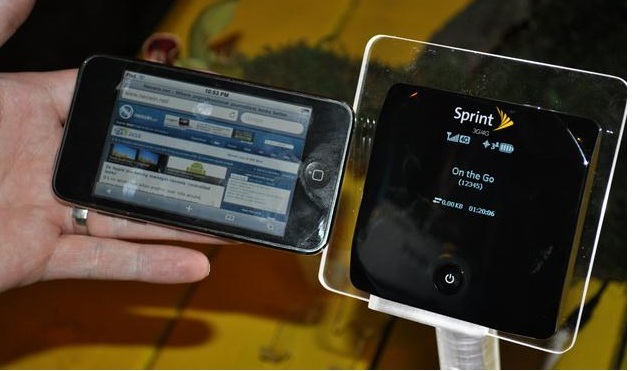 Sprint is rolling out their 4G network as fast as they can. While they're the only provider currently offering the service, Verizon is about to unleash its LTE network in the coming weeks. A few months back, Sprint announced that they would be expanding their coverage to many areas, including Cincinnati, Ohio.

As a sweet little surprise today, I turned on my Sprint Overdrive and surprisingly it connected to a 4G network even though Sprint hasn't announced its availability. If you go to Sprint's website and look at their coverage map, they don't even list Ohio as having the network yet.

If you live in an area that Sprint has said that it would be deploying its 4G network, it may be worth your time, if you have a 4G device, to see if the network is already live. A bit of caution, the connection is finicky at best, as sometimes it works flawlessly and other times the connection drops completely, which may be the reason it hasn't been announced. More annoying is the fact that I cant force my Overdrive to only pickup only 3G, which makes the device useless if 4G drops.