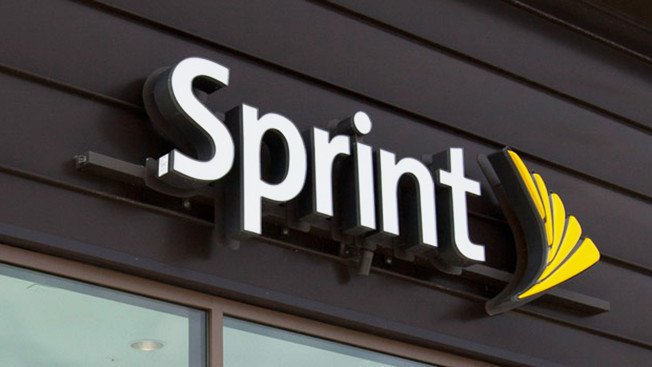 The era of 5G networks is rapidly approaching, and carriers are laying the foundations for the technology by making improvements to current 4G LTE networks. Sprint today announced that its LTE Advanced network has been expanding over the past few months and is now available nationwide across the United States. The carrier says it's been working to deploy technologies such as 4x4 MIMO, enhanced beamforming, and carrier aggregation to improve the quality of its LTE network.

With LTE Advanced, Sprint says its customers can expect up to twice as much speed as they got from regular LTE, but that's not all. In more than 225 cities in the United States, including Detroit, Los Angeles, Las Vegas, and Washington D.C., the carrier now offers "gigabit-class" LTE for devices that support it.

Sprint also bragged about how much the speed of its network has improved since last year, saying that it has the fastest download speeds in 123 U.S. cities, as tested by Ookla. Using data from Nielsen's Drive Test, the carrier says the speed of its network has improved 72% in 106 markets across the country, far ahead of the improvements made by the competition in the same period. Of course, that could speak more to the quality of Sprint's network in the past than to how little other carriers improved over the past year, but it's good news nonetheless. 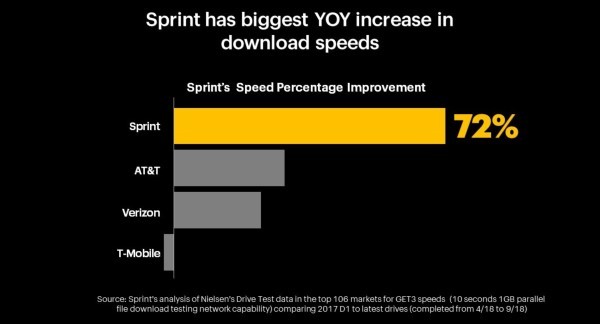 With merger plans between the two officially announced, it's interesting to note that T-Mobile's network speeds actually seem to have decreased in the past year, as opposed to the big improvements made by Sprint.

Sprint plans to launch 5G in the first half of 2019, starting with nine major cities - New York City, Los Angeles, Atlanta, Chicago, Dallas, Houston, Phoenix, Kansas City and Washington, D.C. - and it's previously said that its first 5G phone would be coming from LG. Until then, and for some time after that, any improvements to LTE networks will be welcome, as they'll continue to power many existing devices in the early days of 5G.