In February, Paramount Pictures released the official Star Trek Into Darkness for iOS and Android smartphones, allowing owners of those devices a way to unlock new content, enter contests and generally prime the pump for the launch of the next Star Trek movie. Today, Windows Phone 8 smartphone owners can join in the hype for the first time 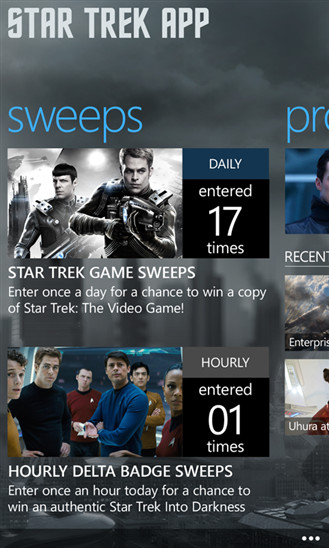 Paramount has now released the free Star Trek Into Darkness app in the Windows Phone Store as a Windows Phone 8 exclusive. The app gives users a way to go on "missions" such as using your smartphone's camera to take a picture of an image or using its microphone to listen to the movie's trailer. Completing these missions will raise your Starfleet rank and unlock new content such as photos, videos and more from inside the app. It also offers news updates on the movie and contests to win prizes.