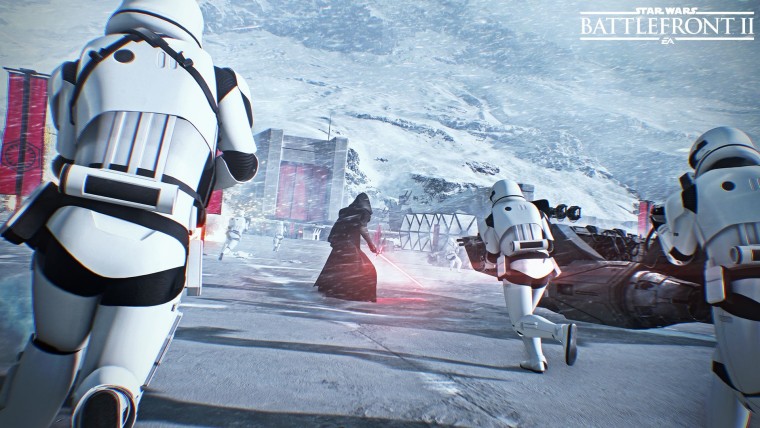 For the past few weeks ahead of its launch, it would seem that Star Wars: Battlefront II has been in the news for all the wrong reasons. During the early access period, players noticed a worrying trend regarding its in-game transactions and DLC. This caused an outcry in the community, leading to the company's PR response to this outrage being downvoted, becoming the most hated comment on Reddit. In addition to this, the Belgium government has announced that it will formally investigate the micro-transactions within games like Overwatch and the aforementioned title.

EA has since then moved to temporarily disable these micro-transactions, however, its first week sales in the UK would suggest that these solutions came too late. Star Wars: Battlefront II's physical sales were down 61% compared to its predecessor which launched in 2015. Moreover, it was down over 50% compared to last year's Battlefield 1, something UK retailers did not expect to happen according to GameIndustry.biz. Because of this, it came in at number two in the UK, just behind the Second World War-inspired Call of Duty: WW2.

It has to be noted that since gamers are increasingly moving to online distribution, backed up by EA's own data which showed that around 36% of its global sales were digital, it still won't cover the shortfall presented with the physical sales of Star Wars: Battlefront II.

As for Call of Duty: WW2, the game achieved the same sales success that last year's Infinite Warfare managed in seven weeks, in just three. Other titles entering the chart include the remastered LA Noire and The Sims 4 which launched on Xbox One and PlayStation 4 last week. On Nintendo's 3DS platform, Pokémon Ultra Sun and Ultra Moon grabbed the fourth and fifth position respectively. For the full sales chart, you can check out the report here.