Before today, Steam only showcased the most helpful reviews for games, regardless of the time they were posted. This was sometimes inefficacious for users as games change dynamically with the passage of time, and the most helpful reviews may not necessarily depict the current state of the game. To fix this issue, Steam has received an update today to better expose recent user reviews. 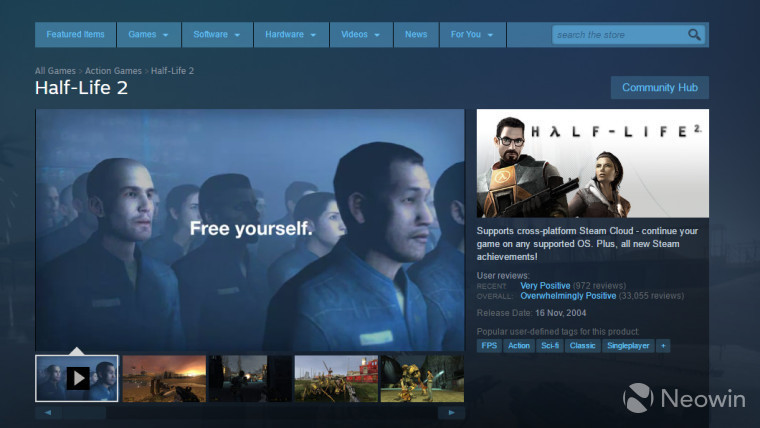 Now, the site displays a separate score for games based on any reviews it received in the past 30 days. Similarly, a separate tab also displays detailed recent user reviews next to the most helpful reviews so gamers can decide whether they want to purchase the game or not. Valve states that games which have been published on Steam for more than 45 days and with enough reviews posted in the past 30 days will be able to take advantage of the feature. The company mentions that:

While there are plenty of new reviews posted every day, we saw that it was often difficult for newer reviews to be seen and voted on enough to become listed as most helpful. As a result, the most helpful reviews presented on a store page would often describe an outdated view of a game that might have changed dramatically over the course of Early Access or post-release development. By listing recently posted reviews more prominently and by defaulting to recent helpful reviews, Steam can now show a more current idea of what it's like to play the game now.

[...] Another problem we identified was that review score that appears at the top of a product page didn't always reflect the dynamic nature of the game. For that review score, we'd previously only been compiling an overall score using a simple calculation of the percentage of all reviews that were positive. This let us be really transparent in how the score was being calculated, but didn't accommodate cases when a game has changed a lot (for better or worse) over time.

Other minor changes include:

The update is inline with the recent string of changes Valve has been making to Steam to facilitate users of the service, and while it is still in early stages; with the UI a bit cluttered for the time being, this will hopefully improve over time. Valve has implored users to report any feedback or bugs to the Steam Discussions forum.