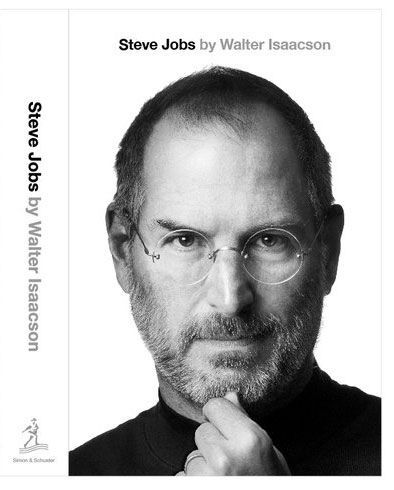 Steve Jobs's last interview was conducted only four weeks ago and at that time he indicated that he knew the end was near for him. That's the word from The Wall Street Journal today who said that his final interview, conducted just after he left Apple as its CEO, was handled by Walter Isaacson for his upcoming biography, titled simply "Steve Jobs." That interview will be placed at the end of the book.

While technically not an "official" biography of Jobs, Isaacson did spend over two years interviewing Jobs in over 40 separate sessions. He also interviewed family members, friends, co-workers and others connected to Jobs. A few weeks ago the book's publisher Simon and Schuster claimed that Jobs " ... asked for no control over what was written nor even the right to read it before it was published." The biography is due to be released on November 21.

The book's official web page now says that "Steve Jobs" will be 656 pages long, much more than the 448 pages that was previous announced for the biography. It adds, "He encouraged the people he knew to speak honestly. And Jobs speaks candidly, sometimes brutally so, about the people he worked with and competed against. His friends, foes, and colleagues provide an unvarnished view of the passions, perfectionism, obsessions, artistry, devilry, and compulsion for control that shaped his approach to business and the innovative products that resulted." There's no word on how many first printing copies of "Steve Jobs" will be published.

Image via Simon and Schuster