After first announcing its Surface tablets way, way back in June last year, and launching the Windows RT version in October, Microsoft's Panos Panay today confirmed via The Official Microsoft Blog that the new version of its tablet with full-fat Windows 8 Pro will finally launch next month. 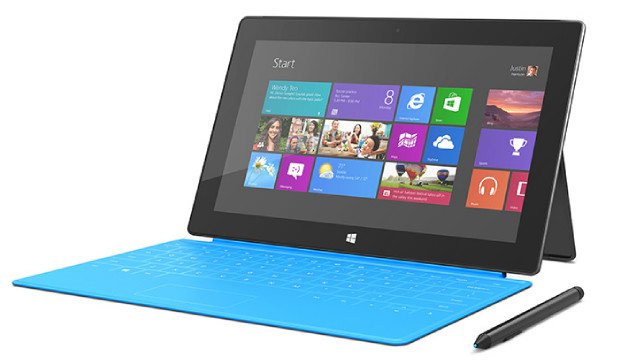 Microsoft had originally promised that the 'Surface Windows 8 Pro' - to give its full name - would go on sale "around 90 days" after its Windows RT counterpart. Today's confirmation that the Pro will go on sale in North America on Feb 9 means the device will apparently be arriving a little later than planned.

Pricing will start from $899 USD for the 64GB model, while a 128GB version will also be offered. Both models come with a Surface Pen stylus which attaches magnetically to the body of the device. Neither model comes with an inclusive keyboard; as with the RT version, you'll have to pay extra to get your paws on a Touch Cover or Type Cover.

The Pro will include a "3rd Gen Intel Core i5 Processor", along with a 10.6" display offering superior Full HD (1920x1080px) resolution to that of its RT brother. The Pro also weighs around a third more than the RT model. Other differences include 4GB of RAM (versus the RT's 2GB); a 42W-h battery (compared with 31.5W-h); and a Mini DisplayPort (rather than micro-HDMI).

The Surface Windows 8 Pro will be offered through Microsoft stores, the MicrosoftStore.com website, and through Best Buy and Staples in the US, with "a number of locations" offering the devices in Canada.

Microsoft also seized the opportunity to announce several new designs of Touch Cover, each featuring its own laser-etched aesthetic, and coming in red, cyan and magenta variants. These Touch Cover Limited Editions will be offered for $129.99 in the US, and will be available in all eight markets where the Surface RT is already sold. 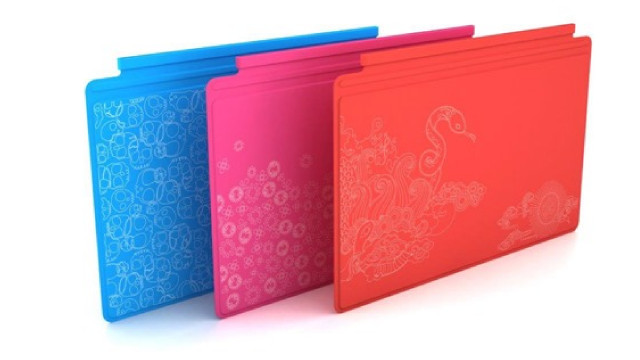 In the weeks ahead, Microsoft plans to expand availability of Surface to new markets including: Austria, Belgium, Denmark, Finland, Ireland, Italy, Luxembourg, the Netherlands, Norway, Portugal, Spain, Sweden and Switzerland. Pricing for these and other markets outside of the US hasn't yet been announced.

Still, not long to wait now.

Source and images: The Official Microsoft Blog on TechNet