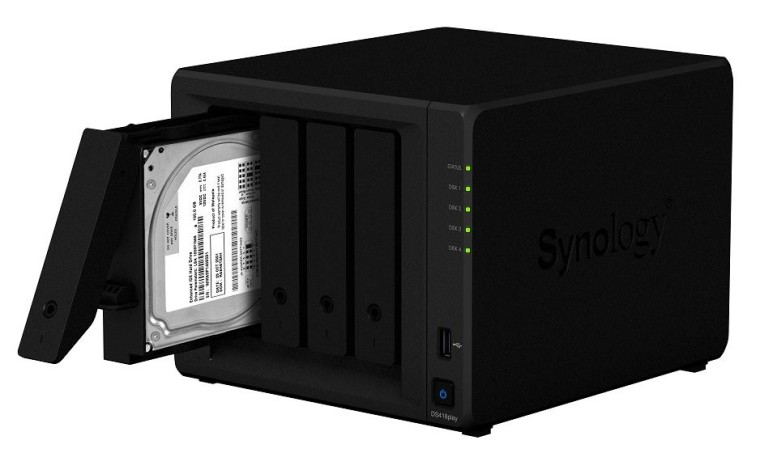 Synology is no stranger to high-quality NAS devices, and we've reviewed many of them over the years. Not one to rest on its laurels, the company has today announced the release of a new product, the DS418play. The device supports up to four hot-swappable drives and runs the latest version of DiskStation Manager (DSM).

An upgrade from the DS416play that was released roughly 15 months ago, the new model features a Celeron J3355 dual-core 2GHz processor capable of bursting up to 2.5GHz and comes standard with 2GB of RAM, upgradable to a maximum of 6GB. The DS418play also has an AES-NI hardware accelerator that, when combined with a network that can support Link Aggregation, provides over 226MB/s reading and 185MB/s writing of encrypted filesystems, something we're looking forward to testing in the real world later this year.

Since this device has the "play" name, it's created to provide media to your devices. The DS418play supports transcoding of two H.265/H.264 4K videos at 30fps video to separate devices, as well as the standard DSM tools like Photo Station, Audio Station, Video Station, and File Station. It's also capable of running the Surveillance Station for those who want to manage their IP cameras. Our review of that tool is available here.

Although we're told the device is currently available, no price tags were announced.