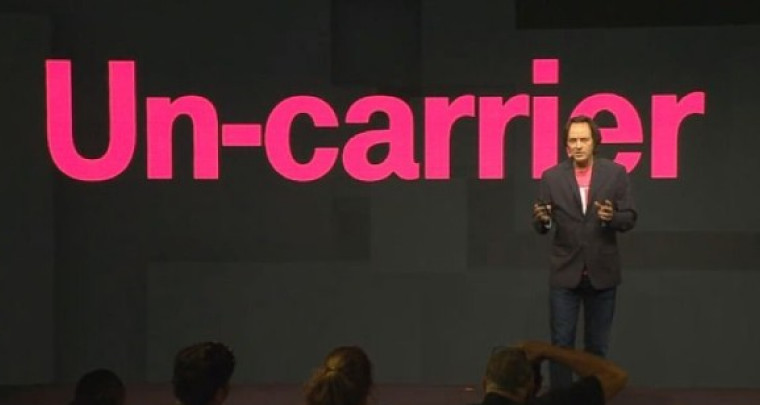 T-Mobile has been ranked as the number one carrier in the US amongst the big four. The survey measured readers' sentiments about their carriers' value, voice quality, texting services, web problems, data speeds and customer support. Judged on these, T-Mobile got a score of 73/100, three points ahead of the second place carrier, Verizon.

The survey was carried out by Consumer Reports - in the five years it has been conducting the survey this is the first time Verizon has been knocked off its perch.

A major factor in T-Mobile coming out on top is that customers like the "Uncarrier" promotions, which give customers free international roaming, data rollover, and having no cap on the amount of data usage for streaming movies and music.

Following T-Mobile's leading 73/100 points, Verizon scored 70, AT&T scored 68, and Sprint came in last place with 67. Despite Sprint's position this year, they were the most improved, jumping from the 59 points they scored last year.