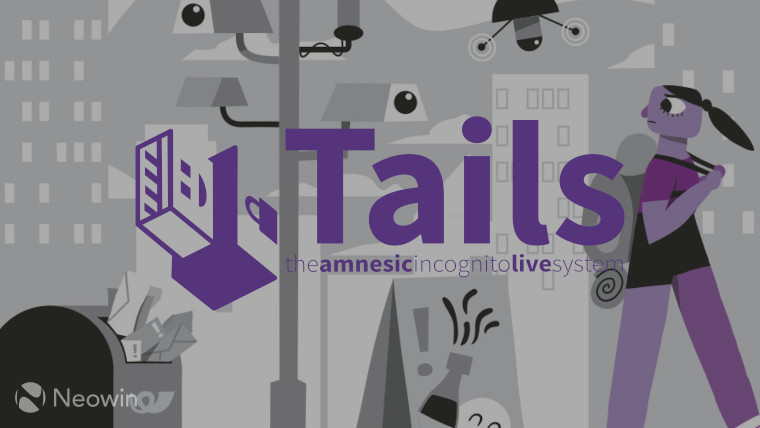 The Tails project has announced the release of Tails 4.19 with a change that will prevent automatic updates from breaking as happened with Tails 4.14. Unfortunately, the in-built Tor Bridges that were being tested during the beta and release candidate of Tails 4.19 have not made the cut due to the team not feeling confident enough to release that feature today.

To further bolster security, Tails would pin the TLS certificate of the Tails website when performing an automatic update, however, this caused automatic updates to break several times so this feature has been removed. Upgrades are still strongly authenticated as they’re signed by the Tails project using OpenPGP so you should be safe when doing upgrades.

Another small change in this update is the addition of visual feedback when typing the admin password with sudo in the terminal. In the past, you would just type the password and hit enter but now asterisks will show up as you type so you can easily tell if the terminal is receiving the input. This should make Tails easier to use for people who don’t normally use Linux.

As always, the Tor Browser and the Thunderbird packages have been updated to coincide with the latest releases of Firefox and Thunderbird on their Extended Support Release cycles. The update to the Tor Browser is the main reason that everyone should update their Tails installations.

When you boot your Tails install and get online you will be alerted about the upgrade which you should do right away. If the automatic install is not available then you can try to do the manual upgrade instead. If you do not have a Tails disk already set up, then head over to the Get Tails guide.