After the success of its SF-1200 (1222) controller, virtually every SSD maker was eager to climb aboard the SandForce express. That bandwagon continued trucking through last year, as the second-gen SF-2200 (2281) powered many of 2011's noteworthy flash drives -- OCZ's Vertex 3 among them. Even Kingston, which previously used Toshiba chips, adopted SandForce's SF-2200 starting with last year's HyperX line.

With so many drives using the same parts, shopping for an SSD was tough last summer. At the time, the HyperX and Vertex 3 offered virtually identical performance for the same price. Although the market is still dominated by SandForce-based drives, things are getting interesting as, among other changes, OCZ has finally begun utilizing its own Indilinx controllers and SandForce was acquired by LSI in January. 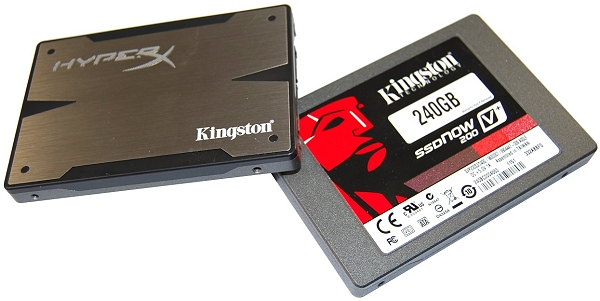 It's unclear when SandForce's next controllers will arrive, but in the meantime, companies seem to be making the most of its second-gen chips. Kingston, for instance, has released a pair of new SF-2281-based drives said to emphasize speed and affordability: the HyperX 3K and the SSDNow V+200. The former is aimed at enthusuasts and uses synchronous memory, while the latter uses cheaper asynchronous memory.

Read: Kingston HyperX 3K 240GB and SSDNow V+200 240GB Review
This article is brought to you in partnership with TechSpot