The Mini-ITX form factor was developed by VIA in 2001 to promote its C3 CPU, but technology has come a long way in the last decade. CPUs are smaller, cooler, and faster than ever before, and desktop chassis makers have embraced the ultra-compact market. Needless to say, the Mini-ITX platform is no longer limited to anemic low-end solutions. 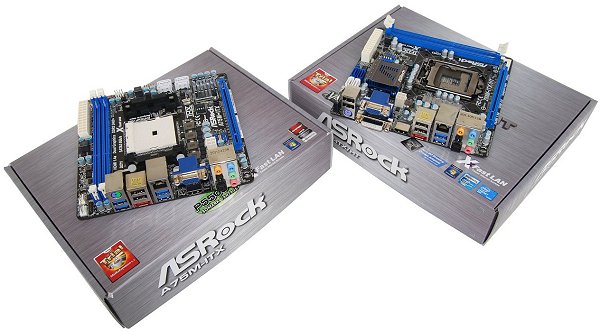 In addition to comparing Asrock's boards, we'll spice things up by selecting Intel and AMD's $140 CPU offerings. In other words, this review will also serve as a comparison for the Core i3-2120 and AMD A8-3850. Let's move on then.

Read: Mini-ITX Face-Off - Asrock's Intel Z68 vs. AMD A75
This article is brought to you in partnership with TechSpot