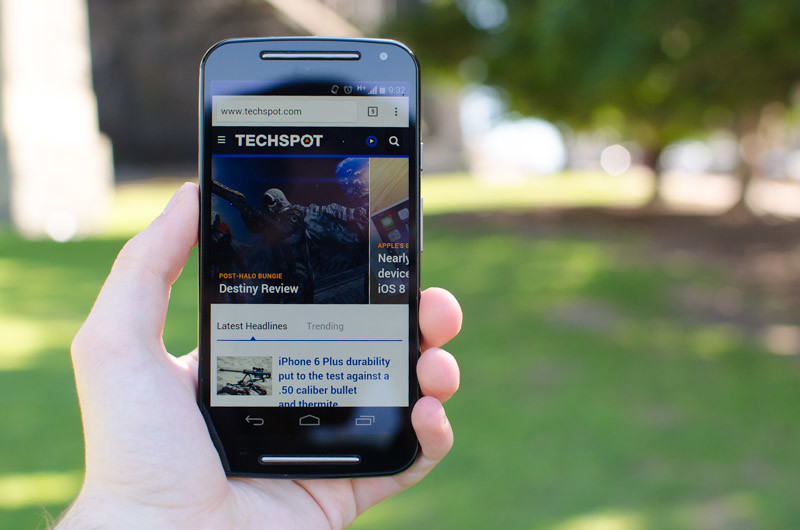 It seems like not all that long ago I was reviewing the first-generation Moto G, a fantastic Android smartphone that cost just $179 unlocked and outright. It was Motorola’s first major push into the entry-level market under the guidance of Google, and it was a successful one: the Motorola Moto G went on to become the company's best-selling smartphone of all time.

Ten months out from the launch of the original Moto G, Motorola has unveiled a second-generation model alongside a new Moto X and the Moto 360 smartwatch. Price is identical to the first, at $179 for a model with 8 GB of storage, and a new microSD slot finally makes the phone's storage expandable. The display size has also increased from 4.5-inches to 5.0-inches with the same 720p resolution, the camera has been bumped up to eight megapixels from just five, and there are now dual front facing speakers.

Read: Motorola Moto G (2014) Review: Still the Budget Phone to Beat
- These articles are brought to you in partnership with TechSpot.