Some time ago I had the opportunity to look at Maingear’s Titan 17 notebook, a system described as a high performance desktop replacement by the boutique PC builder. The portable certainly lived up to the hype as it decimated every benchmark we threw at it, chewing through games on its way to earning the title of the most powerful notebook we had ever reviewed.

The harsh reality, however, is that most people can’t afford to spend a few thousand on a notebook computer, even if it's on a solid gaming machine that doubles as a desktop replacement. To that end, today we'll be checking out a portable from MSI that aims to deliver a similarly solid gaming experience without breaking the bank. 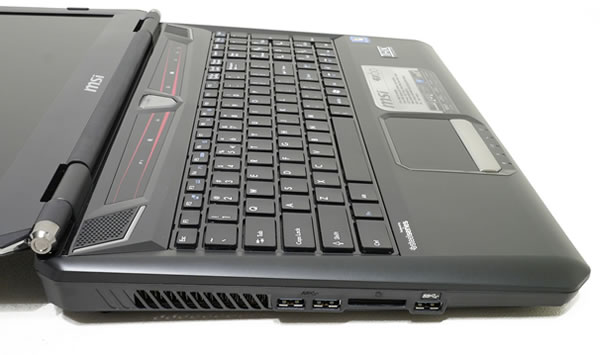 The MSI GX60 is the latest entry in the company's Gaming Series of notebooks. The unit we tested arrived with a quad-core AMD A10-4600M CPU clocked at 2.3GHz alongside AMD Radeon HD 7970M discrete graphics with 2GB of GDDR5 memory, a 15.6-inch non-glare display operating at 1920x1080, 8GB of DDR3 memory in a 4GBx2 configuration, 128GB of flash storage used as the OS drive and a 750GB 7200RPM disk drive for storage.