Earlier this year we reported that Telegram, the widely used alternative to Whatsapp, opened up an exclusive pre-ICO token sale to a select few institutional investors. These 'tokens' would eventually become useful on its Telegram Open Network (TON), which can then be converted to the 'Grams' cryptocurrency. It can then be bought and sold on an open market. Since then, the company has reportedly raised over $850 million in funds, dwarfing the previous record set by Tezos last year. 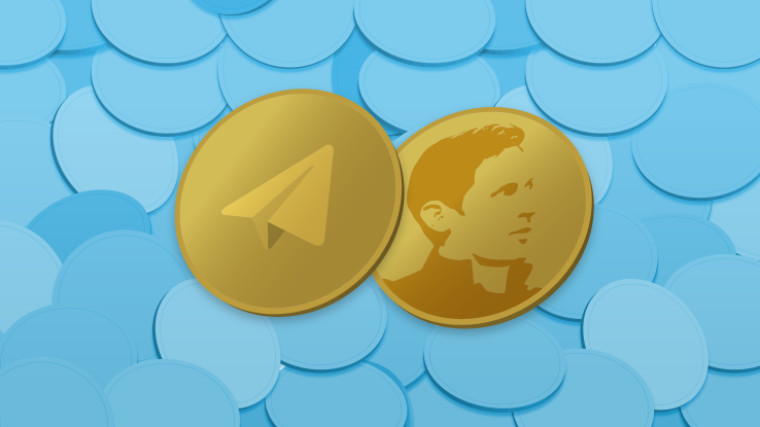 Initial Coin Offerings (ICO), in general terms, refer to a public offering or token sale for a network that will be built using the funds generated. However, it seems that the CEO of Telegram, Pavel Durov is not content with arguably the largest ICO in history. In a recent email to potential investors, the company is pushing yet another pre-sale. According to The Verge, several sources estimated that this round will generate roughly the same amount as the prior. This means that when the ICO eventually does go public, it would have already raised $1.6 billion, or more.

TON has been under intense scrutiny from investors and cryptocurrency experts in recent months. According to the white paper for said network, it will reportedly work much like the second-largest cryptocurrency, Ethereum; offering apps, services, in addition to the ability to store digital goods. The latter acts much like the SIA network, using blockchain technology to secure a peer-to-peer storage solution. Strangely enough, the company also pointed out that it will be able to store physical goods as well.

The biggest complaint raised by experts is that the white paper for TON is extremely short on details. Professor at MIT's Cryptoeconomics Lab, Christian Catalini pointed out that his team has seen the pitch for the blockchain network, which joins a slew of other ICOs that read more like 'sales pitches'. In comparison, when the Bitcoin network was first proposed, the mysterious Satoshi Nakamoto famously sent out its white paper on a public forum, requesting feedback. It has since then become the largest blockchain network. Telegram, on the other hand, has remained spuriously secretive, with its white paper basically comprising a wishlist of features. It is "taking the most ambitious claims from other projects and suggesting that it can do them better", according to Matthew Green, a professor at Johns Hopkins University.

Blockchain offerings like TON thrive on being de-centralized and open to scrutiny. In the case of Bitcoin, several forks have been made of the currency over the years due to its community being torn over how to evolve the network. The value of the currency has fluctuated wildly over the last few months as well. However, as we reported earlier, Telegram will hold 52% of all the 'grams' - the cryptocurrency that will be tied to TON - with four percent being offered to employees of the company. The rest, or whatever remains after these pre-ICO sales, will be made available to the public at an undisclosed time. According to Durov, this is to keep the network stable, and the value of the currency consistent.

With that said, cryptocurrency investors like Pantera Capital has raised concerns over these pre-sales. Charles Noyes, a fund manager at the firm noted that it has instead stepped back from taking up the offer. He suggested that the funds could possibly be used to fund day-to-day operations at the company, instead of the project:

“My primary concern with it is that, in the first offering institutions are seriously looking at, they’re promising something that will somehow be radically better than everything else out there, with no real explanation of how that will happen or outside scrutiny of those claims,”

Durov has been self-funding Telegram using the money he raised from the sale of his stake in the Russian Facebook alternative VK.com. However, he will reportedly be running out of money as the service reaches 200 million users. This growth has been used as a key point in the pre-ICO sale. Recently the app was removed from the App Store due to it being used for 'inappropriate content'. Theresa May, the Prime Minister of the United Kingdom used it as a prime example of the sort of thing social media companies should avoid during a recent speech at Davos.

With social media companies continually coming under fire, and regulators targeting ICOs, it remains to be seen just how successful this project will be in the future - that is if it gets off the ground.

Source: The Verge | Image via TechCrunch