Even with Qualcomm under constant threat of hostile takeover by Broadcom, it has continued to innovate, with the latest product aiming to revolutionize virtual, and augmented reality. Although mobile VR isn't something new, with companies like Samsung and Apple taking the lead on this front, it has always required a powerful smartphone device to operate. 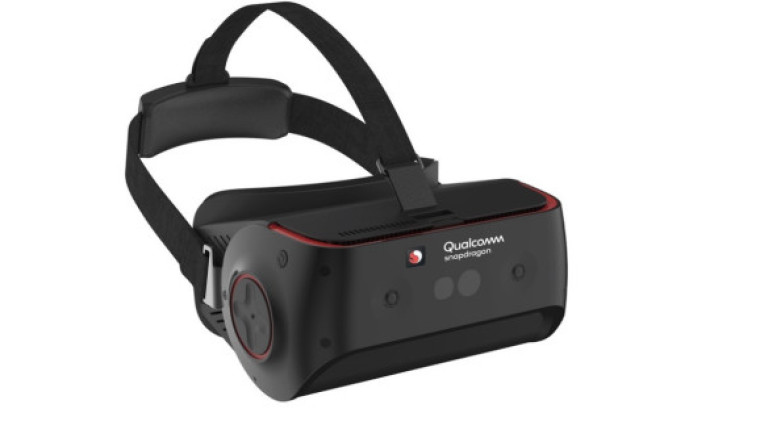 With the new Qualcomm Snapdragon 845, the company hopes to change this with its new Xtended Reality (XR) platform. Instead of requiring a connection to a smartphone or PC, the device will be completely standalone; the company has taken aim at projects like Oculus Go, and the new HTC Vive Focus, both of which were announced last year.

The Snapdragon 845 will be coupled with the Adreno 630, a combination that will reportedly enable developers to build bigger and more interactive virtual worlds on mobile. Beyond that, the platform will allow for six degrees of freedom (6DoF) when it comes to movement. Much like the HTC Vive on PC, the device will be able to simultaneously map, localize and detect objects (SLAM) within the real world giving the user the ability to avoid them, or developers the chance to integrate them into experiences. Qualcomm has built a reference design taking advantage of a slew of sensors and cameras to enable room-scale VR.

Thanks to the 30% improvement in graphics performance offered by the Snapdragon 845, systems using the chip will be able to deliver up to four million pixels per eye, which is about a 2K resolution. One concern, however, was power efficiency; with it pointing out that its reference design features a technology that actively tracks the user's eyes. This information is used to keep the part of the display sharp where the user is focusing, while downgrading visuals outside of the immediate gaze. This reportedly results in 'big power savings'.

In an interview with VentureBeat, Hugo Swart, head of the XR division at Qualcomm, commented on the company's vision behind the project:

“The reference design is a key component that takes our latest chips and enables software features. One of our key goals with VR is to enable good VR for the masses. We know we can’t do that with a $2,000 (PC-focused) setup. We want you to have the same level of freedom that you see in a PC system, with no cables.”

Qualcomm will be showing off the platform at the Mobile World Congress held in Barcelona next week. Samsung's upcoming Galaxy S9 is rumored to use the Snapdragon 845 as well, and it remains to be seen how it will affect that company's VR offerings in the future.