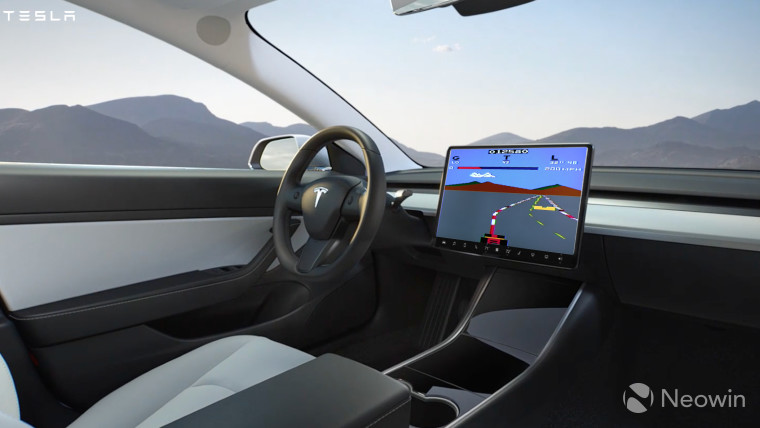 For reasons best known to Tesla, the company had been allowing gaming sessions on the large dashboard of its electric cars, while they were in motion. Clearly understanding the dangers of distracted drivers, Tesla has indicated it will stop playtime while its vehicles are moving.

Tesla cars sport a huge monitor for dashboard. Apart from navigation, this humongous display can also play music, videos, and even serves as a gaming console. Smartphone usage while driving poses significant risks. Hence, it wouldn’t be difficult to imagine the dangers a high-definition monitor inside a car can pose.

UPDATE: A day after NHTSA announced its investigation, Tesla has agreed to prevent drivers from playing video games while the car is in motion.

Note that Tesla introduced this feature a year ago. NHTSA took action only after NY Times ran a story on it.https://t.co/d6GjnwEGcW

According to The Guardian, Tesla will soon send out a software update that will disable in-dash gaming while its cars are moving. The feature in Tesla electric cars, which offers games, is called ‘Passenger Play’. Tesla will send an Over-The-Air (OTA) update that will block this feature if the onboard systems detect the car is in motion.

Tesla has indicated it will take remedial steps for passenger safety just a day after the NHTSA announced it would open a formal investigation into distracted driving concerns about Tesla’s video games. The NHTSA has indicated that its investigation of Tesla’s feature will continue even with the update. The investigation reportedly covers roughly 580,000 Tesla EVs produced between 2017 and 2022.