German smartphone maker, Shift, has announced that the company is looking to release a modular smartphone in late 2016, which will run either Android 5.1 or Windows 10 Mobile, depending upon the buyer's preference. The smartphone has been dubbed Shift5+ and will be available for pre-order starting in December. 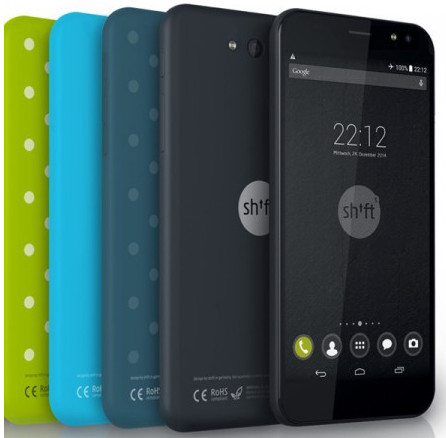 The exact specifications of the device haven't been decided as of yet, but according to Shift, the possible specs include a 5-inch IPS LCD display, a Snapdragon quad-core or octa-core CPU, more than 2 GB of RAM, 32 GB of on-board storage and a 13MP rear camera coupled with a 5MP front-shooter. The handset will also be powered by a removable battery sized between 2,500 mAh and 3,000 mAh.

The German phone maker has also confirmed that the modular parts of the phone don't include the battery alone but also the display, internal memory and "other component parts", which users will be able to exchange in case of damage.

Shift has also announced the final specifications for the handset will be announced in December 2015, when the device will also be available for pre-order at a price of €399. However, when the device ships in Q3 2016, its retail price will be bumped to €444.