Earlier this week, Google broke from PR tradition and commented on leaks. The company posted renders of its upcoming Pixel 4 handset, ending the speculation on what the back of the device will look like. 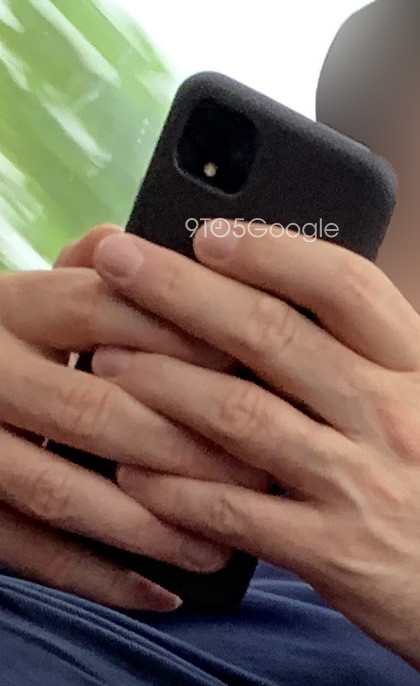 Today though, 9to5Google got its hands on photos of someone using the device in the wild. The images don't actually tell us anything new, but it's nice to see that Google is well into the testing phase of this handset,

While there weren't any images taken of the front of the device, the anonymous tipster that took the photo confirmed the rumor that the Pixel 4 has a large top bezel, keeping the two front-facing cameras from last year. While it's good news that Google isn't keeping the rather large notch that was on the Pixel 3 XL, some might find it disappointing that the company isn't using some of the notch-less solutions that we've seen from other companies, such as the hole-punch display from Huawei or the pop-up camera from OnePlus.

The Google Pixel 4 series of smartphones still likely won't be announced until October, if the company keeps with its tradition. Naturally, it will include Qualcomm's latest flagship chipset, the Snapdragon 855, and according to rumors, Google will finally bump up the RAM a bit, but only to 6GB. You can expect that over the next four months, pretty much everything about it will likely leak, as it always does.