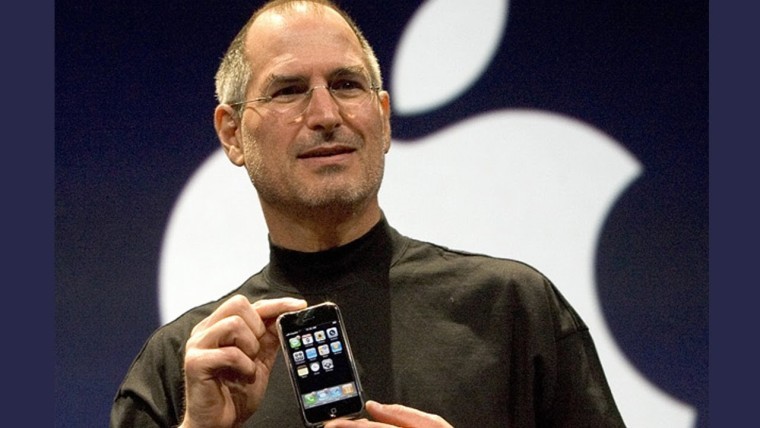 Between a long list of books, documentaries and biopics, Steve Jobs' life and his role in the creation of Apple, and most notably its star product, the iPhone, has been well-documented but there are still a few nuggets not known by the general public.

Scott Forstall, the former SVP of iOS and the man behind the bemoaned launch of Apple Maps, recently revealed one of these previously unknown facts about the creation of the iPhone at his first public appearance since his very public and controversial departure from the company.

At an interview at the Computer History Museum in Mountain View, Forstall revealed that Jobs first became interested in developing the touch screen technology that serves as the bed stone for both the iPad and the iPhone as a result of an on-going hate feud between Jobs and an unnamed Microsoft executive.

“Any time Steve had any interaction with the guy, he’d come back pissed off," is how Forstall described the relationship between the two. Things came to a head when this exec was boasting about Microsoft's development of stylus-based touch screen technology, which annoyed Jobs to no end. “He just shoved it in Steve’s face — the way they were going to rule the world with their new tablets with their pens. He came in on Monday with a set of expletives and then was like ‘let’s show them how it’s really done,’” Forstall continued.

Jobs also seemed to take issue with the way Microsoft implemented its touch screen technology at the time, believing the resistive touch technology used by Microsoft to be inferior to capacitive touch, which is now found on most modern touchscreen devices, thanks to its popularisation by the iPhone. He also disliked the use of styli, remarking, "You don’t use a stylus… we’re born with ten styluses.”

Of course, Apple first followed suit with Microsoft and tried to implement its touch technology on a tablet, but Jobs soon decided to shift focus to a mobile phone, putting the tablet project on hold - at least, until the success of the iPhone prompted Apple to follow up with the iPad.