It was inevitable, despite the original LG G Flex being dubbed a gimmick, LG has released a second iteration of the device, the G Flex 2. But, unlike the first, the second version has evolved into something that might actually be more than a gimmick.

When we reviewed the G Flex last year, we found that the handset was large, it had a lackuster 720p display, and the curve was not as useful as LG made it seem. A year later, we get the G Flex 2 that aims to address some of the original handset's shortcomings. 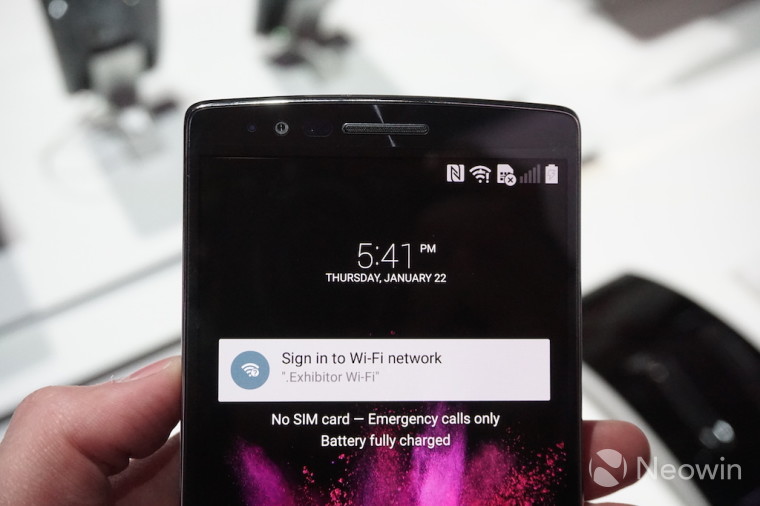 For starters, LG has reduced the size of the display on the G Flex 2. By decreasing it a mere half-inch, the handset is much more manageable while still remaining relatively large at 5.5-inches. LG has also upped the pixel count on the display to 1080p. This was a major problem on the previous model, which utilized a 6-inch display with a resolution of 720p. By decreasing the size of the screen and increasing the resolution, the screen looks absolutely crisp. The viewing angles are great and the colors are bright thanks to the P-OLED display. Although there weren't any complaints about the color on the previous G Flex, we did have some odd glare issues when the screen was viewed in direct sunlight. Hopefully, LG has corrected this issue on the G Flex 2 and we look forward to testing it once we receive a review unit. 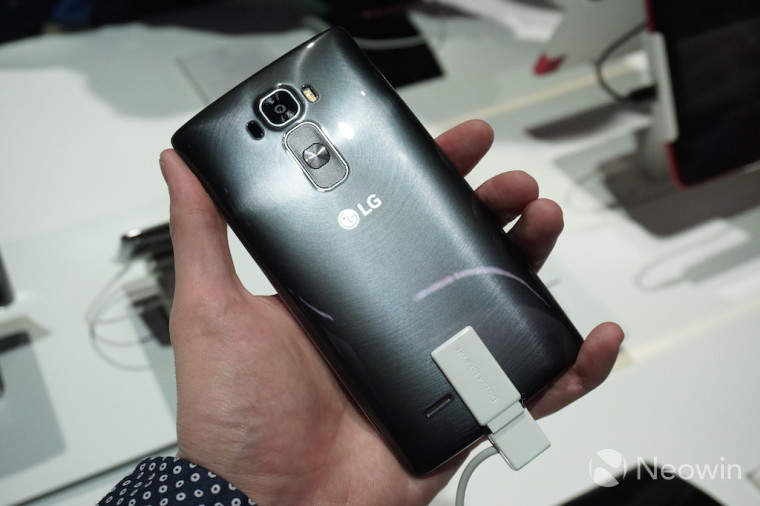 Much like the previous version, the G Flex 2 still has same slippery plastic on its outer shell. This is most likely the case because of its scratch resistant surface. The G Flex 2 has been improved in this area, providing the G Flex 2 with a more durable self healing surface. But, thanks to its smaller footprint, the device is more manageable and feels less likely to slip out of the hand than the previous version. Naturally, the G Flex 2 felt insanely quick thanks to its Qualcomm Snapdragon 810 processor coupled with 2GB of memory. 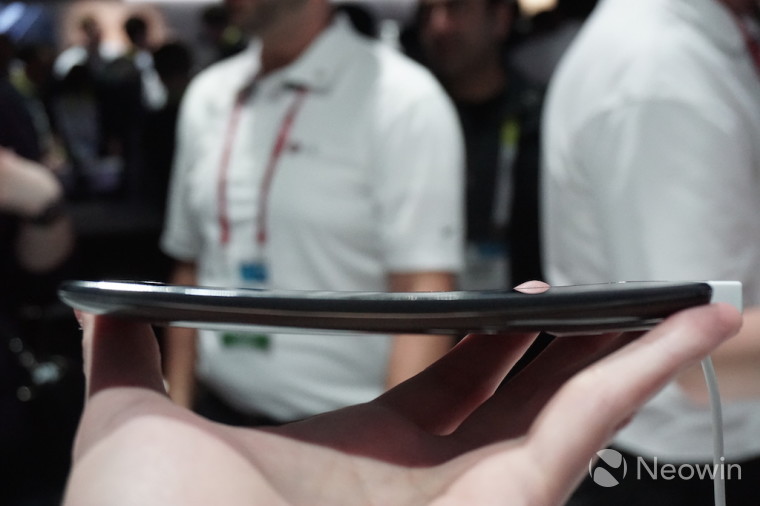 Overall, the G Flex 2 looks like a winner by all means. But, there is still the question of the curve. During the review of the G Flex, there was very little benefit, which brings into question: why would LG continue with the curved form factor? With the release of the G Flex, LG initially touted that a curved body would give users a better experience due to the contour of the phone and how it applies to the face. LG also touted that the G Flex could produce a more robust sound from its speakers thanks to the shape, which allows it to resonate off whatever surface it is placed on. But, these all seem negligible after using the device for an extended period.

While the benefit of the curve is still debatable, the LG G Flex 2 is definitely a phone that has a lot of good things going for it. The LG G Flex 2 will be available globally and price will be determined by region.