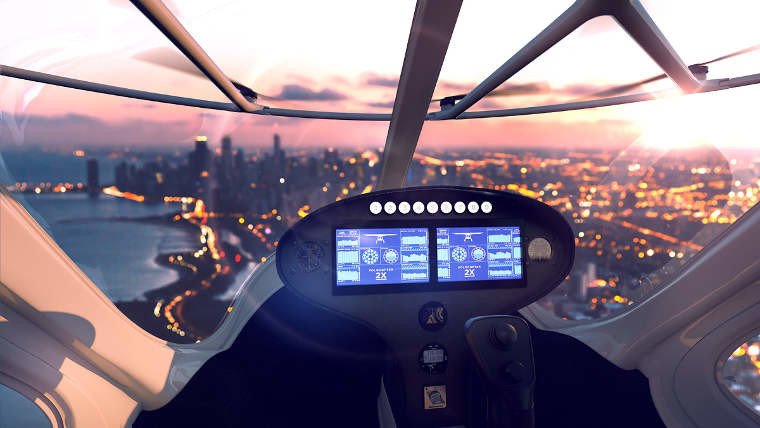 Volocopter, a German aviation startup, will be receiving 25 million Euros from car manufacturer Daimler as well as the technology investor Lukasz Gadowski and others, the funds will be used to develop the Volocopter's, unique, all-electric "flying car".

The Volocopter is less of a "flying car" than the one that is being developed in Japan, as it has no wheels at all, but as more of these vehicles are developed it seems that they are using more parts from drones than from cars.

Volocopter has been developing its aircraft since 2010, and if you were cruising at 70 km/h in the latest Volocopter 2X, you would be able to travel to a maximum distance of 27km. It is all electric and can be fully recharged in less than 2 hours, and it is an impressive machine, but it kind of looks like a whole bunch of drone engines strapped to the top of a tiny helicopter cockpit.

Nonetheless, later this year the Volocopter will debut as the first autonomous air-taxi in a collaboration with the Dubai Roads and Transport Authority. Dubai appears to be committed to a whole range of new technologies, such as its tiny robot police car that will also be debuting later this year.

The huge contribution from Daimler towards this project is a clear sign of how much the company is interested in the development of new transportation ideas, this funding might even be seen as a slight acceptance from the car manufacturer that cars might not dominate the future of transport.

The Volocopter could certainly alleviate some of the grinding traffic and congestion that many city-dwellers endure if it is ever widely used. If the mass production of the Volocopter happens under Daimler, I think Volvo will be really disappointed in the missed opportunity and years of confusion.