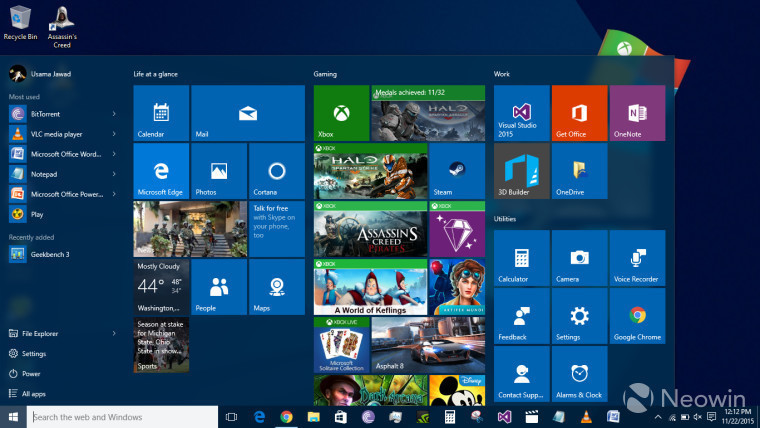 The start of this year has been pretty great for Insiders in terms of the number of preview builds of Windows 10 that they’re getting. Unfortunately, many of them only had changes under the hood, with only the last of them having big new features.

But it looks like Microsoft is finally done with the strategic changes to the development process and the underlying codebase of Windows 10 and some user-facing features are starting to trickle out. And one of those changes is the Action Center’s UI.

Microsoft is looking to improve the so-called entry point for Windows 10’s Action Center. In other words, it’s looking to spruce up the icon and make the notification center stand out and be more useful. As things stand now the AC’s icon is located in taskbar to the left of the clock and it doesn’t really stand out in any way. Many new Windows 10 users may gloss over it completely. The UX goals are as follows:

In an upcoming build, the AC icon is likely to change positions, be a bit bigger and more visible and also offer the user a bit more information even when the Action Center isn’t opened. To that end Microsoft is looking for your feedback on which of the two options users prefer and how the team should move forward.

You can get a bit more info on this, and leave your feedback here.