It's a well-known fact that Microsoft is updating a lot of the icons for its apps with a new look based on its own Fluent Design language, a transition that started with the announcement of new Office icons towards the end of last year. Earlier this week, the icons for mail and calendar on Android were revealed, soon followed by the UWP variants. 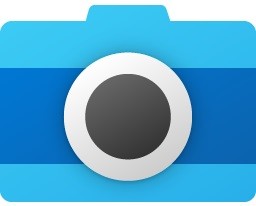 Now, Aggiornamenti Lumia is revealing another new icon coming to Windows 10 users sometime in the future. The icon is for the Camera app, and possibly to the dismay of some users, it uses the same blue tones as the majority of the new icons discovered so far.

With the new reveal, there are already a few icons known to be on the way to replace the plain white designs currently seen in Windows 10 builds. The Mail, Calendar, Camera, and Snip and Sketch apps all have new, colored icons, as seen in the image above.

It's worth noting that, based on Aggiornamenti Lumia's article, the new icons have been discovered on builds that have the new Start menu that was discovered a few weeks ago, which aren't the same Insiders have been getting. While it would make sense for the icons to make their way to every variant of Windows 10, it could be that the rumored Lite version will get them first, or even exclusively.