While the Windows Store may not be as popular as Microsoft would want it to be right now, the company is always working on improving it for Windows 10 users. Over the past few months, the Windows Store has seen the release of AAA titles such as Resident Evil 7, and even some Linux distros in the Insider Preview.

It appears that the Redmond giant is testing a couple more changes to the Windows Store, although these appear to be cosmetic modifications only for now. 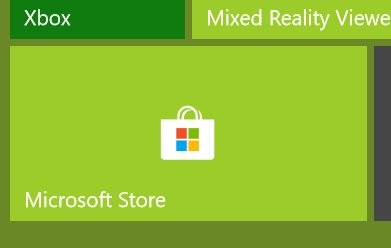 As spotted by Chris Fernandes on Twitter, the Windows Store is being rebranded to "Microsoft Store" for Insiders on the Release Preview ring. The icon has been revamped as well and looks considerably different than the previous one.

It is interesting to note that Microsoft already features an online retail store under the same name, which not only sells the company's software products like Office 365, but hardware such as Xbox consoles and Surface devices as well.

As such, it is quite possible that Microsoft will integrate its online store with its Windows 10 app, offering customers a more streamlined experience. That said, it is important to take this piece of news with a grain of salt as no such plans have been announced as of yet, and it's still entirely possible that the change doesn't make its way out of Insider builds.