If you were wondering what Microsoft’s Surface Experience Centers were going to be like, then we’ve got a treat for you: a tour of one of the locations that’s already up and running in Berlin. It looks pretty cozy, too.

Our German friends over at WParea.de received several photos of an Experience Center located in a Berlin and decided to share them with the world. And even though their ‘tour’ isn’t quite as thorough as we’d like, it’ll at least give you an idea of what to expect when and if you get to see one of Microsoft’s pop-up locations for yourself. 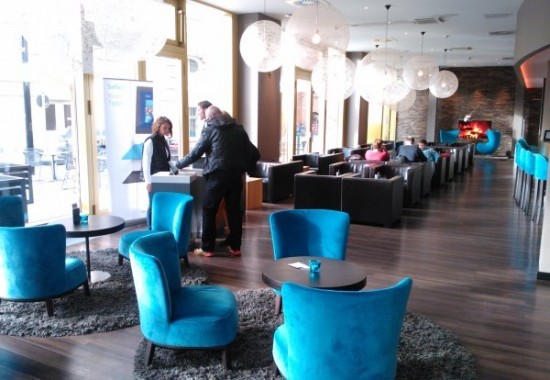 As you can see, it’s tucked away inside Motel One's cafe area, and the atmosphere lends itself to Microsoft's new image pretty well, with its shag carpet, orb lamps, fireplace and retro chic furniture.

If you’re lucky enough to be near one of the Experience Centers (you can see a list of them here, but keep in mind that Microsoft still hasn’t announced any US locations, and the previously announced UK location info has gone MIA since yesterday), it looks like you’ll have a nice environment to kick back in and try out a Surface for yourself. We can’t wait to stop by one for ourselves!