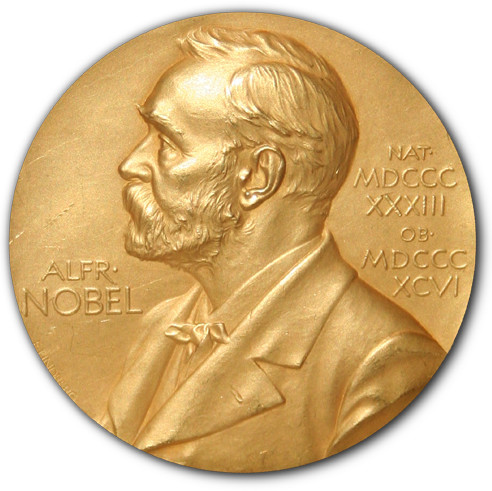 The Nobel Prize in Physiology or Medicine was awarded to Jeffrey C. Hall, Michael Rosbash, and Michael W. Young “for their discoveries of molecular mechanisms controlling the circadian rhythm”.

Using fruit flies as a model organism, the scientists have isolated a gene that controls the normal daily biological rhythm, also known as circadian rhythm, and showed that this gene encodes a protein that accumulates in the cell during the night, and is then degraded during the day. 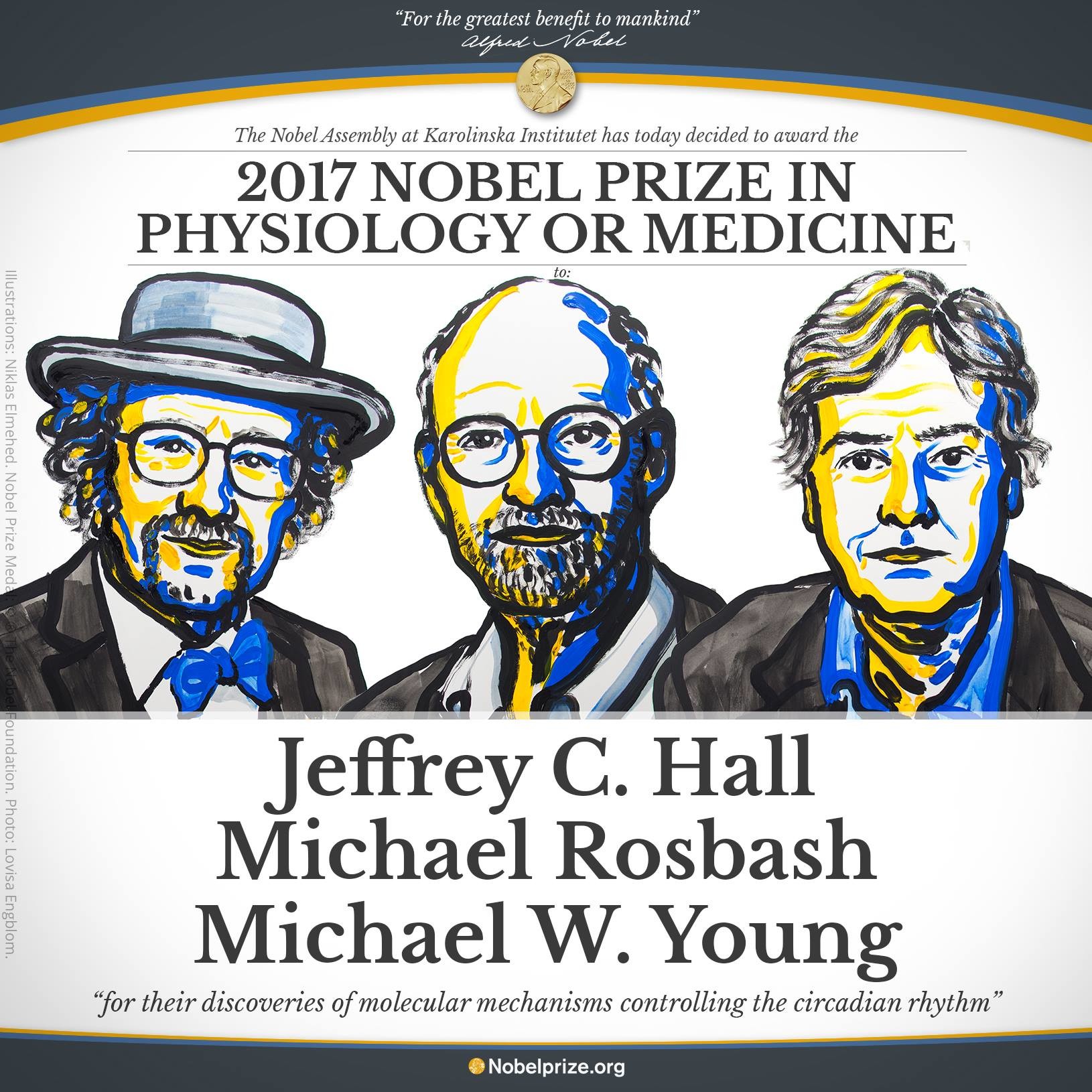 The Nobel Prize in Physics was awarded one half to Rainer Weiss and the other half jointly to Barry C. Barish and Kip S. Thorne at LIGO/VIRGO Scientific Collaboration “for decisive contributions to the LIGO detector and the observation of gravitational waves”.

Pioneer scientists in the search for gravitational waves; Rainer Weiss and Kip S. Thorne, together with Barry C. Barish, the scientist and leader who brought the LIGO project to completion, ensured that four decades of effort led to gravitational waves finally being observed. Gravitational waves were first predicted by Albert Einstein, as described in his general theory of relativity. 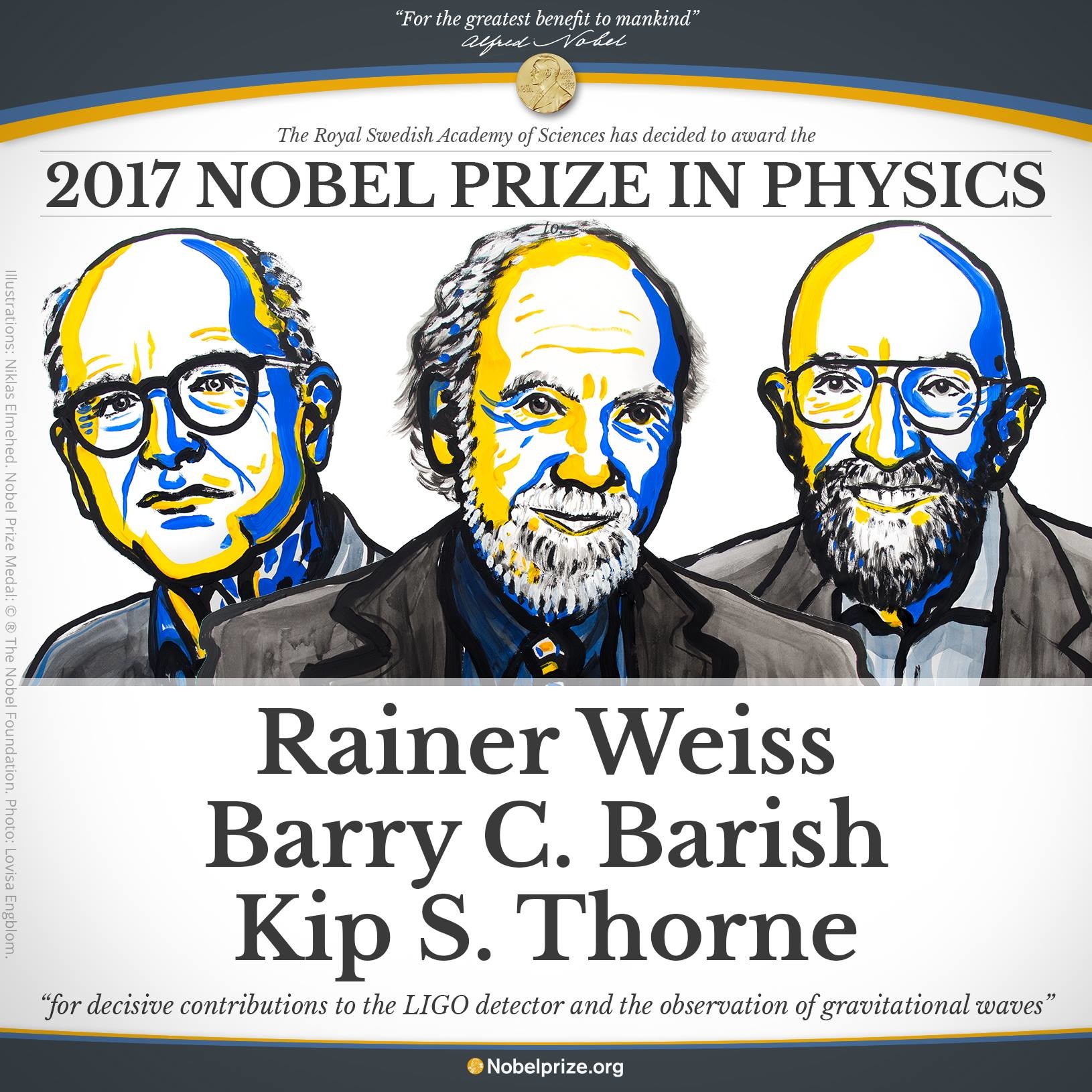 The Nobel Prize in Chemistry was awarded to Jacques Dubochet, Joachim Frank, and Richard Henderson “for developing cryo-electron microscopy for the high-resolution structure determination of biomolecules in solution”. 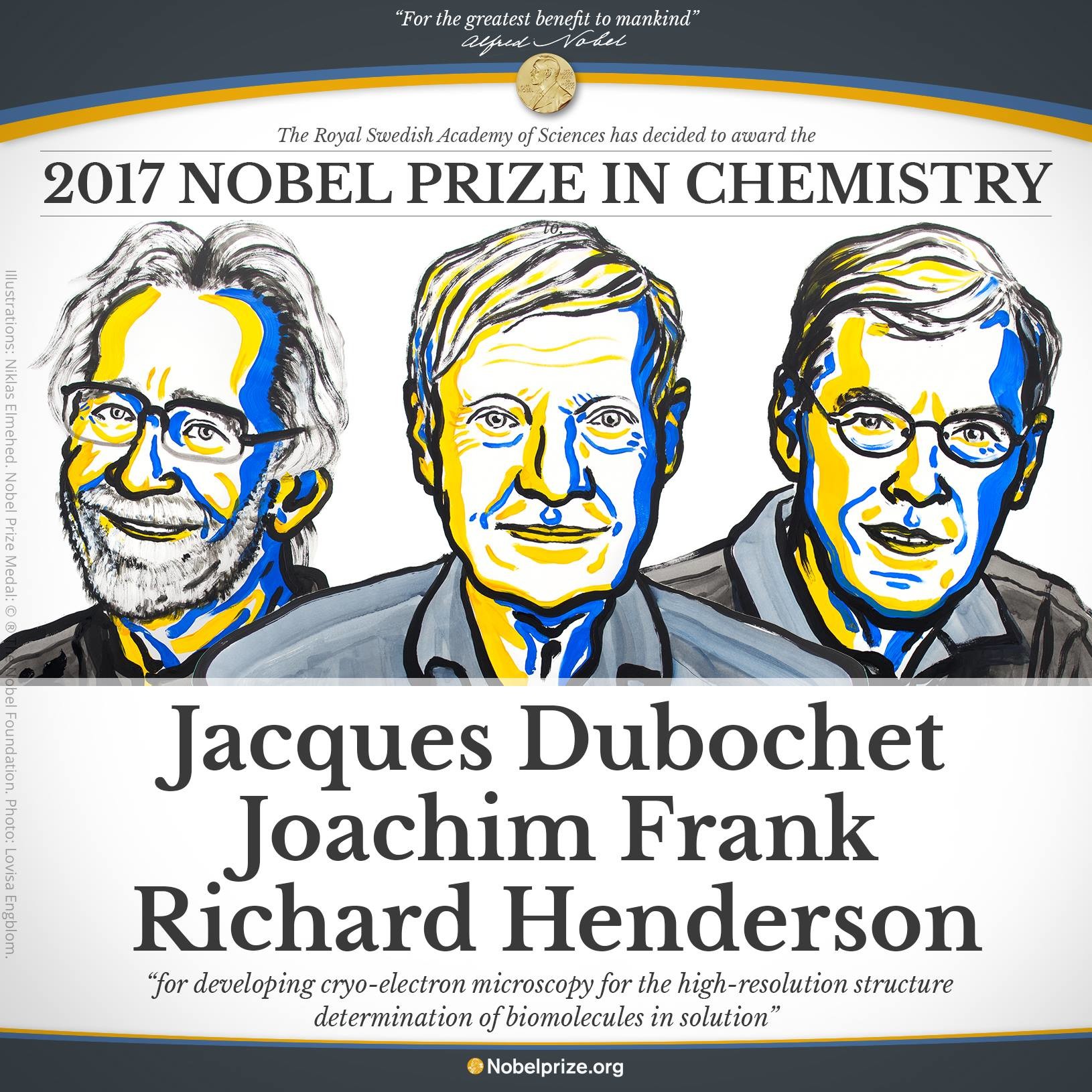 The Nobel Prize in Literature was awarded to the English author Kazuo Ishiguro “who, in novels of great emotional force, has uncovered the abyss beneath our illusory sense of connection with the world”. 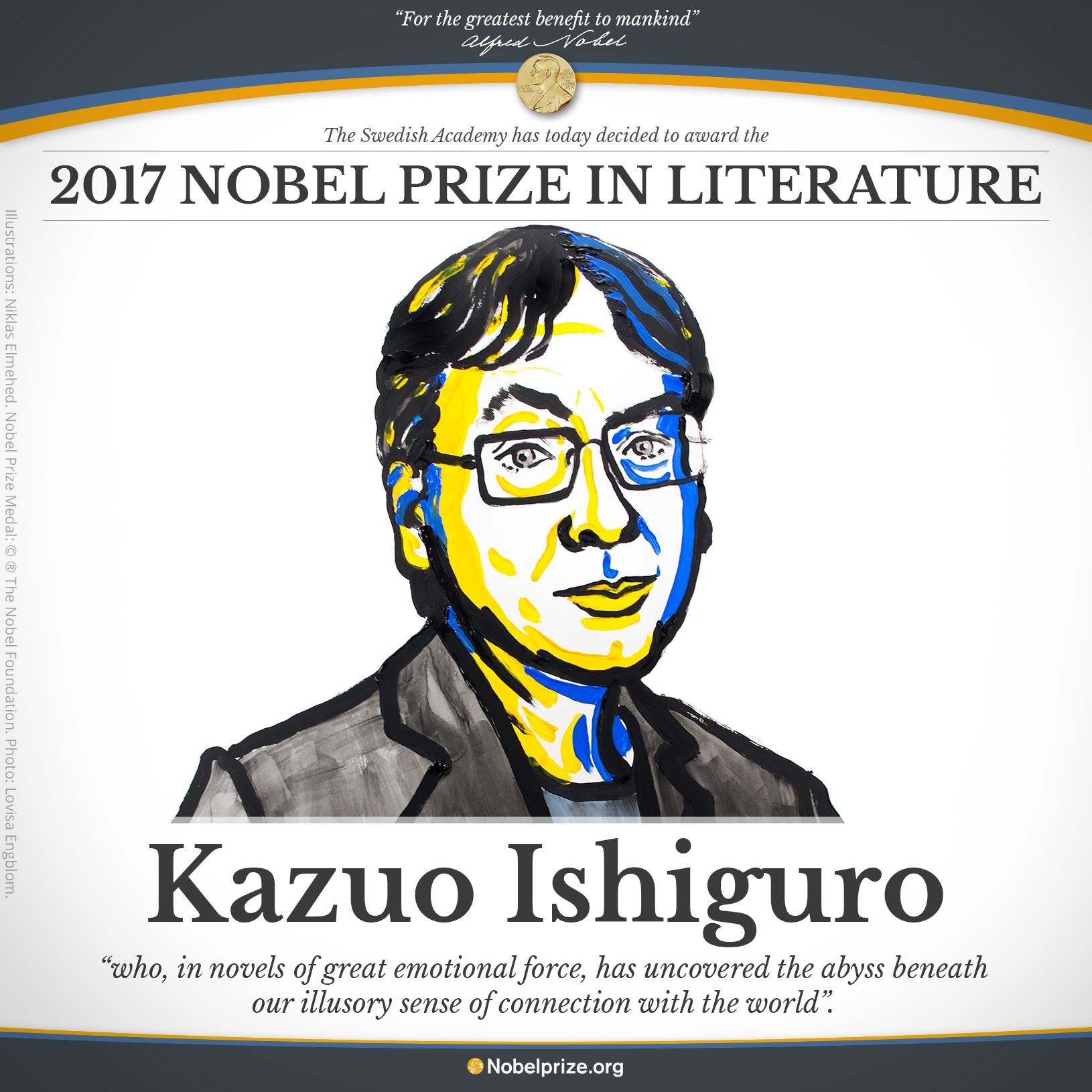 The Nobel Peace Prize was awarded to the International Campaign to Abolish Nuclear Weapons (ICAN) ”for its work to draw attention to the catastrophic humanitarian consequences of any use of nuclear weapons and for its ground-breaking efforts to achieve a treaty-based prohibition of such weapons". As stated by the Norwegian Nobel Committee, responsible for the Nobel Peace Prize:

It is the firm conviction of the Norwegian Nobel Committee that ICAN, more than anyone else, has in the past year given the efforts to achieve a world without nuclear weapons a new direction and new vigour. 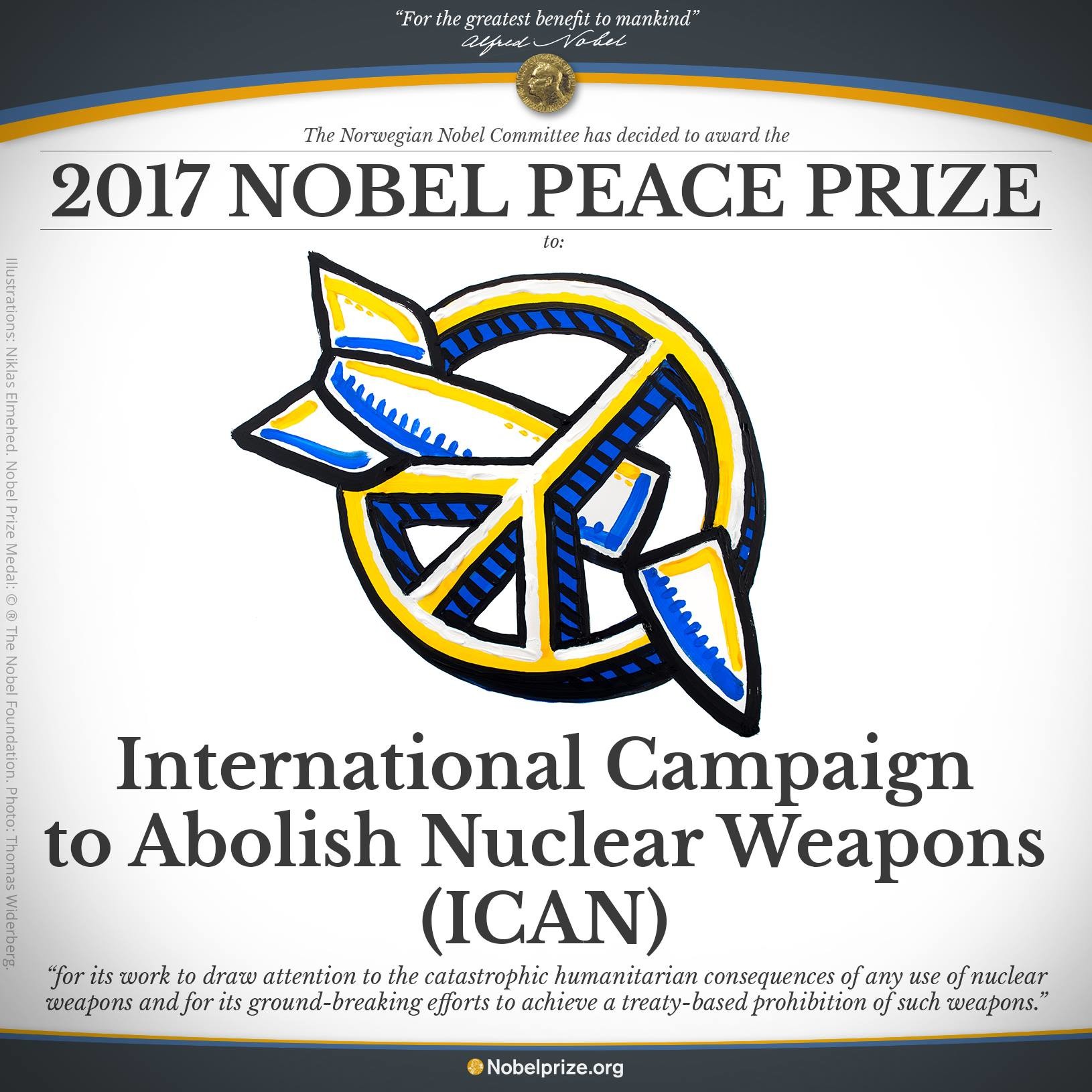 The Sveriges Riksbank Prize in Economic Sciences in Memory of Alfred Nobel 2017 was awarded to Richard H. Thaler “for his contributions to behavioural economics”.

Richard Thaler has explored the consequences of limited rationality, social preferences, and lack of self-control, and shown how these human traits systematically affect individual decisions as well as market outcomes. His contributions have built a bridge between the economic and psychological analyses of individual decision-making. 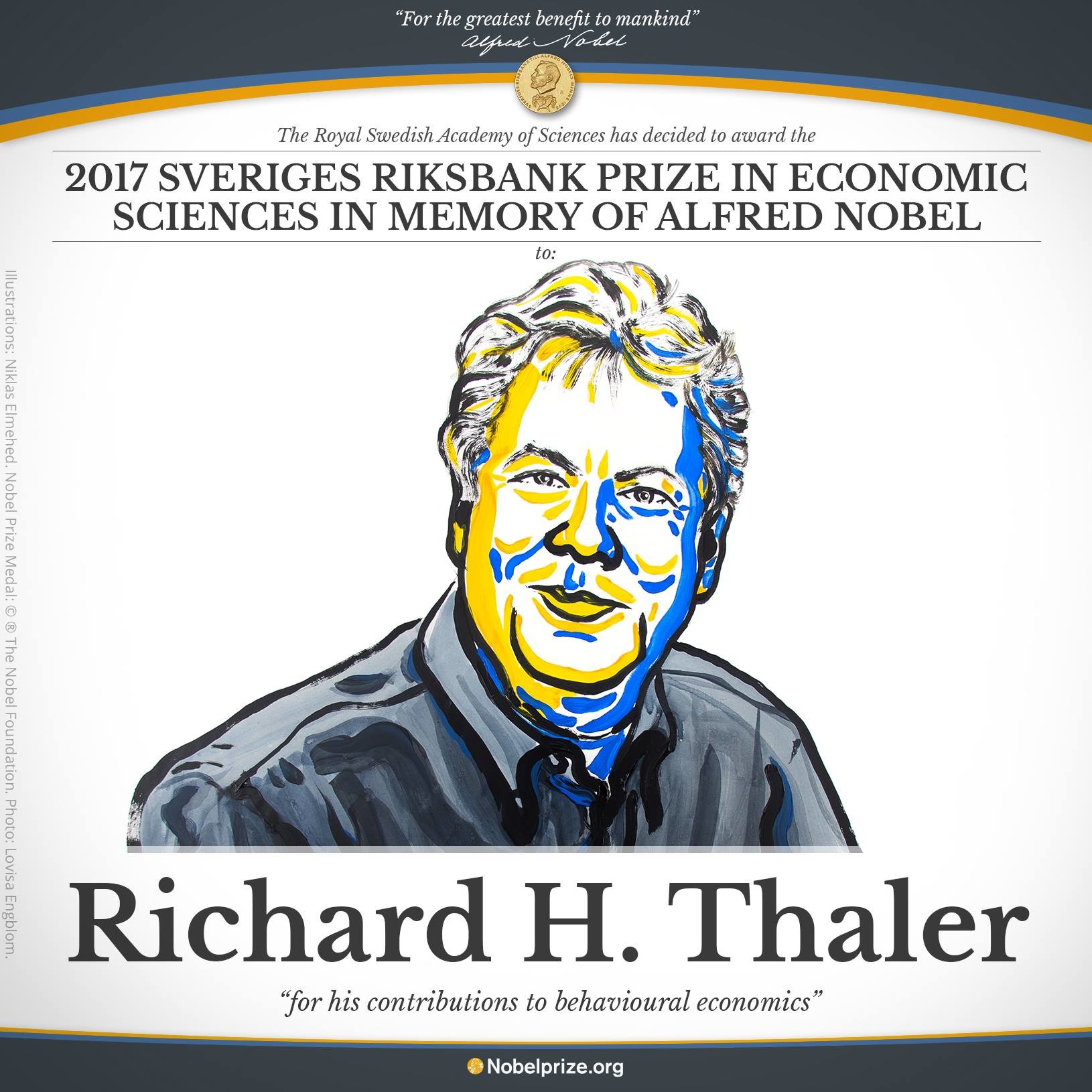 Source and images: The Nobel Foundation