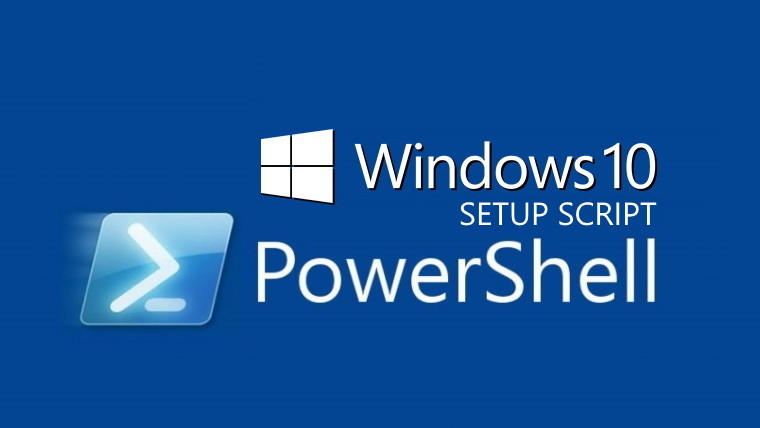 We all know that Windows 10 installs a bunch of stuff you don't need or want, including apps like OneDrive or Skype that are not easy to remove. There's also a bunch of programs you can find online that claim to remove some or all of the native apps and telemetry that Windows collects and sends back to Microsoft, all with varying results, some even cripple other parts of the OS in order to achieve it, which isn't nice.

Neowin was contacted by Dmitry who is maintaining a PowerShell script called the Windows 10 Setup Script on GitHub that should ideally be run on new installations; it can fine-tune Windows 10 to your liking right off the bat. In fact, due to the complexity of the script, you must also only run the version that supports your Windows version. Right now the ones that are supported are versions 1809 (LTSC Enterprise 2019), 1903, 1909, 2004, as well as a separate test script for 21H1.

The developer touts 150 different functions of the script, such as setting a task to clear TEMP folders, uninstalling OneDrive the "correct way" and the ability to change the location of user folders programmatically, and the obvious privacy related tweaks, some of which can be viewed below (the full list is here):

For example, the script for version 2004 is 3488 lines, and the developer recommends that users configure the whole script to their own preference.

Advanced users will likely have no issues modifying the script, but for others who aren't familiar with PowerShell, the script contains comments and documentation to help you on your way.

In order to run it on the system, it requires that you set the execution policy to Bypass, as Windows 10 will refuse to run the script otherwise.

Depending on how you edited the script, the program will show you a form-based set of options for removing programs or other options. 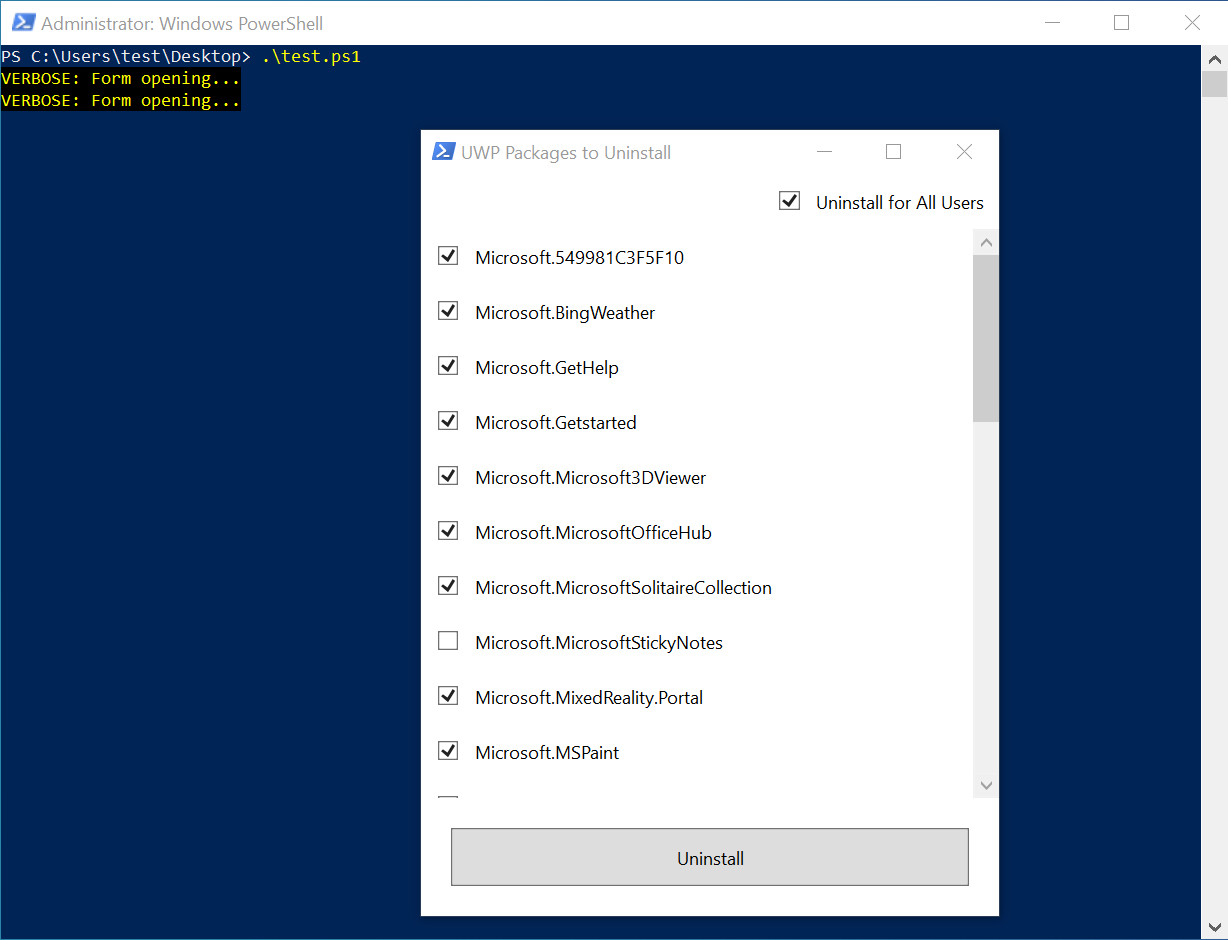 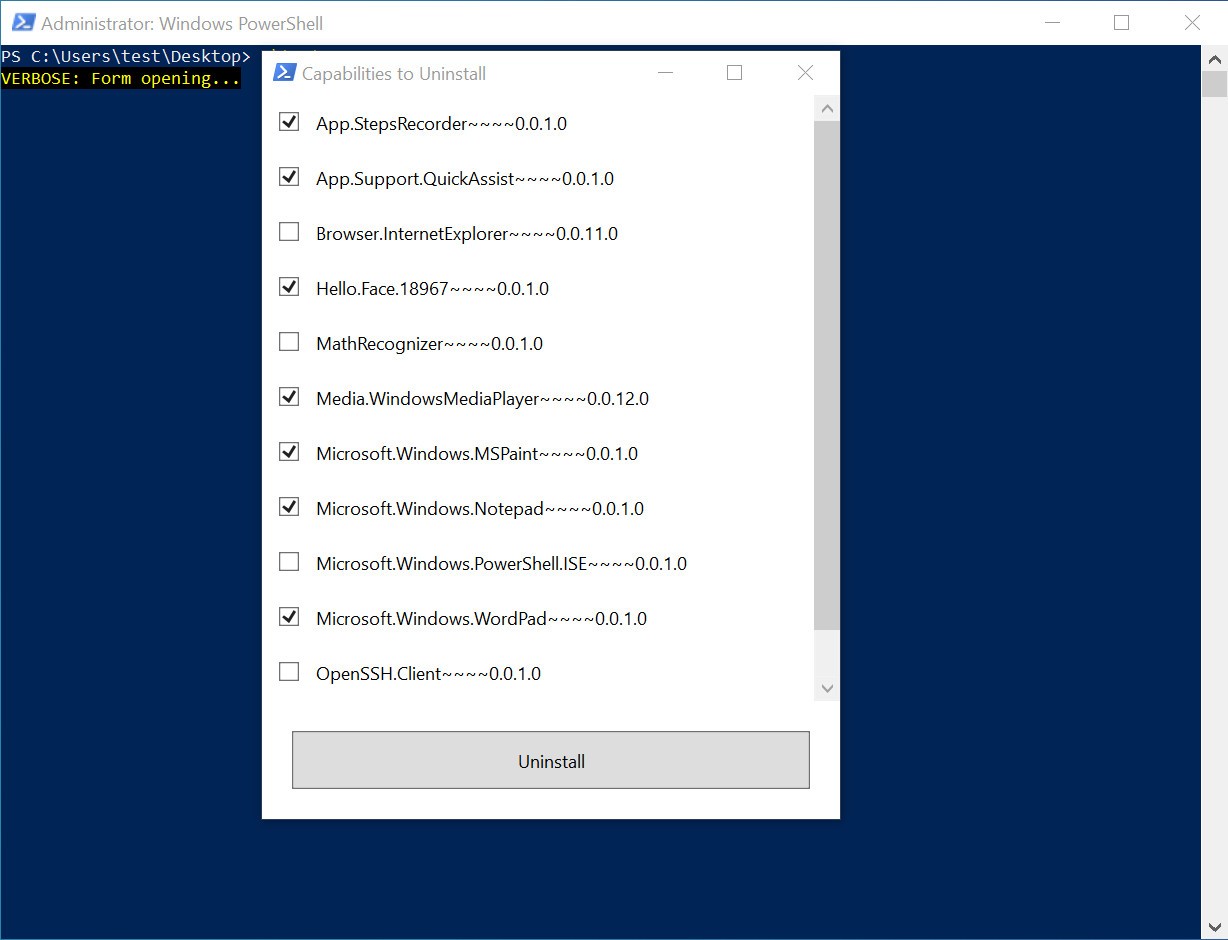 All in all, you should only try this on new installs, and if you decide to do it on your system without reinstalling, run a backup first so you can roll back. It goes without saying that this requires a bit of patience and is probably not for the average user, but more the power user.

In any case, if you are able to set up the script to how you like, you should be able to easily tweak newer versions of it for later versions of Windows. Dmitry is also offering some user support and listening to feedback by maintaining a few topics on various communities such as Reddit, and the feedback from users appears to be positive with over 32k downloads so far. You can find those links at the bottom of the Windows 10 Setup Script GitHub page.

Let us know in the comments if you give it a whirl yourself and what you think of it.