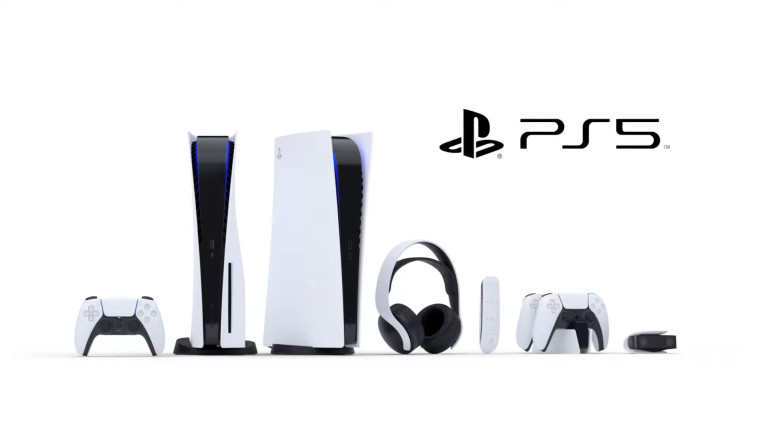 Sony's highly-anticipated next-generation consoles, the PlayStation 5 and PlayStation 5 Digital Edition, will be available starting November 12. Although the company had a lot of trouble with pre-orders and how it handled the situation, it is safe to say that demand for the consoles is quite high.

But are you among the people who are still unsure about whether you should buy into Sony's next-generation offerings? We hope to make that decision easier for you with the top 5 reasons you should consider the PlayStation 5. Note that this list is not in order of importance.

There's no other way to say it: Sony completely blew the competition out of the water with its current-gen offerings, which included the likes ofGod of War, The Last of Us Remastered, Spider-Man, and Horizon Zero Dawn, among others.

It gained a lot of fans through these franchises, which is why gamers trust the company to deliver the same level of excellence with exclusives in this generation. Sequels to the aforementioned games are already in the pipeline with Spider-Man: Miles Morales, Horizon Forbidden West, God of War: Ragnarok, and Ratchet and Clank: Rift Apart confirmed for the PlayStation 5. Similarly, Demon's Souls is on track for release on the console as well.

While some of these titles will be available on the PlayStation 4 too, and eventually even PC, the earliest way to play these will be the PlayStation 5, with performance benefits and better visual fidelity as compared to their PlayStation 4 counterparts a given as well.

Sony is at odds with Microsoft's console release strategy at the start of this generation. While the latter is offering two versions of its consoles as well, those come with considerably different internals, owing to the fact that they target different resolutions.

This entails that you can game at up to 4K resolution at 120fps on both the consoles, but you can easily knock off a hundred bucks from the retail price if you opt for the Digital Edition either for cost-savings or due to the possibility that you have a solely digital library of games. The PlayStation 5 comes in at $499 while the PlayStation 5 Digital Edition carries a price tag of $399.

To further sweeten the pot with its PlayStation 5 console, Sony has also announced the "PlayStation Plus Collection". Simply put, the company will be giving new buyers instant access to 18 PlayStation 4 titles on its new console on launch day at no extra cost. These feature both first- and third-party titles, namely:

While these don't come with any known performance or visual enhancements, the collection should be of great value to gamers entering the PlayStation ecosystem or even veteran players who haven't had a chance to play some of these masterpieces yet.

Sony has announced new "DualSense" controllers for the PlayStation 5, replacing the existing DualShock branding. The company has been advertising the controller quite heavily, stating that it packs haptic feedback, which promises more realistic sensations for certain situations in games, such as "the slow grittiness of driving a car through mud". Additionally, the controller features adaptive shoulder triggers in the R2 and L2 buttons, which will reflect the tension of in-game actions, adding a degree of immersion to the experience. The controller also has a microphone array built-in, enabling voice chat features in games without the need for an additional headset.

Other than this, the controller packs cosmetic changes such as a new "Create" button, a dual-tone look, and a new design for the light bar.

With Sony placing so much emphasis on the immersive gaming experience offered by the DualSense, it will be very interesting to see how developers utilize its capabilities in their upcoming games.

While Sony hasn't made a play as big as Microsoft's in terms of securing exclusivity for games on next-generation consoles yet, there have been reports from credible sources that the company has reached out to all major publishers for exclusivity deals. This was already apparent with Sony heavily marketing the "PlayStation Advantage" branding in Marvel's Avengers, owing to the fact that the title promises exclusive content not available on its console counterparts.

Rumors claim that this branding will play a major role in Sony's marketing strategy moving forward, which means that you can expect more games to feature content that won't be available for other platforms.

If you're someone who cares about this aspect of gaming, the PlayStation 5 is something you should definitely consider when purchasing your next-generation console.

What are your top reasons to purchase or consider purchasing PlayStation 5 consoles? Let us know in the comments section below!