One UI 2.0 will be making its way to all Samsung devices that will get the Android 10 update. One UI itself was a huge overhaul from Samsung in the UI/UX department and it introduced a polish that was previously missing from the company’s devices. With One UI 2.0, Samsung is further polishing its skin while also adding some useful features to it. 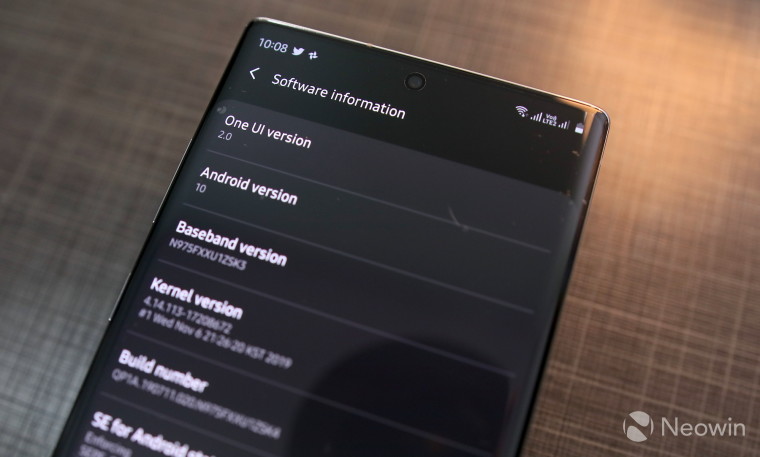 The Korean giant is already beta testing One UI 2.0/Android 10 for the Galaxy S10 and Note 10. You can take part in the beta program if you have an eligible device and if the program is live in your country by using the Samsung Members app.

Below is a look at some of the major new features of One UI 2.0/Android 10 that you will be able to enjoy once the update lands on your device.

One UI 2.0 comes with new system animations that are far more fluid in nature. The fluid animations finally help in adding a level of smoothness to Samsung’s UI/UX that can rival iOS. The jank that was usually found in Samsung smartphones due to jerky animations is nowhere to be found in One UI 2.0.

Right from the new app opening animation to the app switcher one, every new animation has been thoughtfully designed by Samsung and they don’t feel being added just for the sake of it.

While the Quick Settings panel in One UI 2.0 looks the same as it did in its previous iteration, it now has a more compact layout which means it fits more tiles than before. Its functionality and features remain unchanged though. 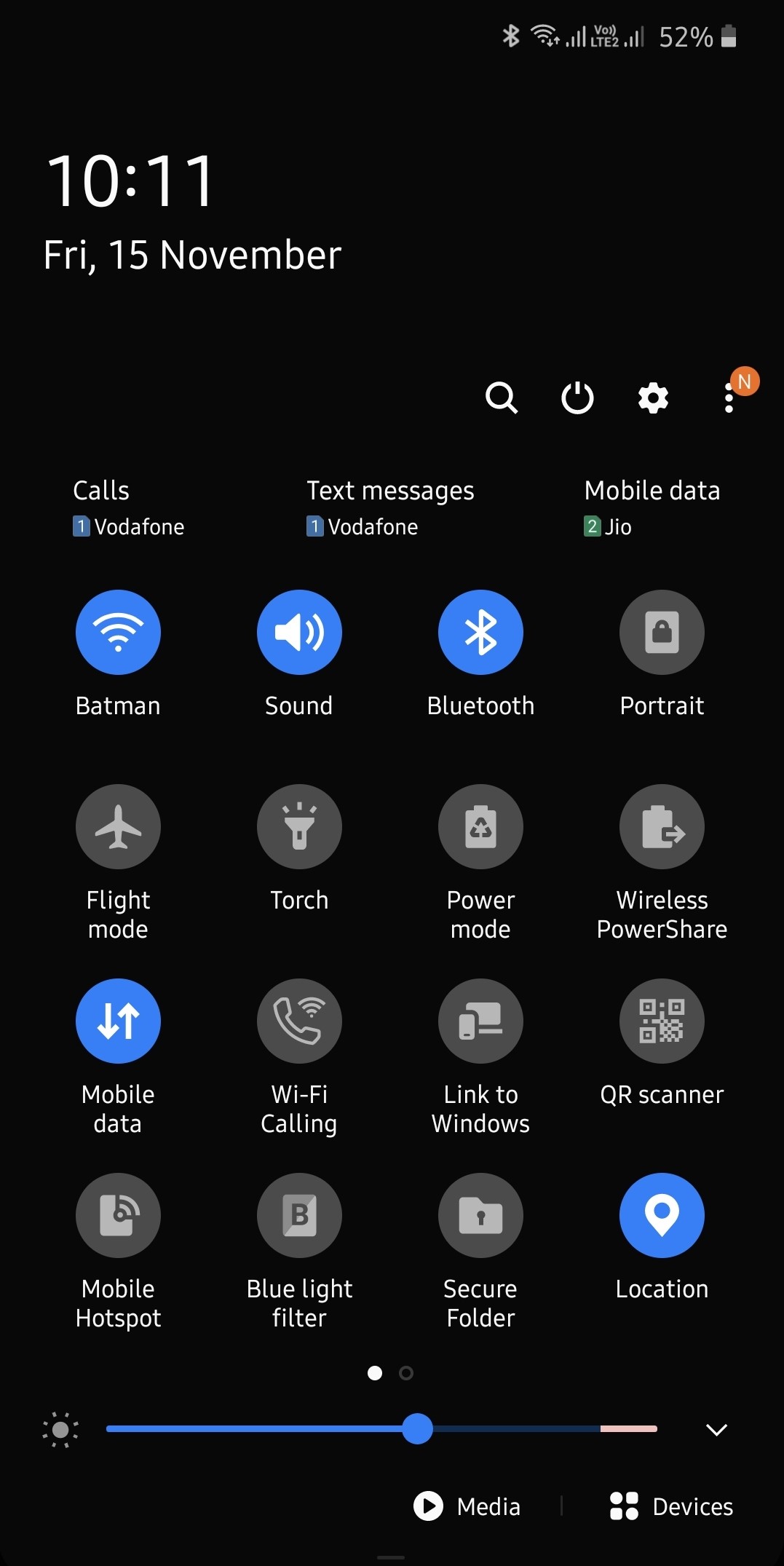 Samsung is adding Google’s new Android 10 gestures to One UI 2.0 as well. This is in addition to its own navigation gestures which were also a part of the original One UI/Android 9.0 Pie release. 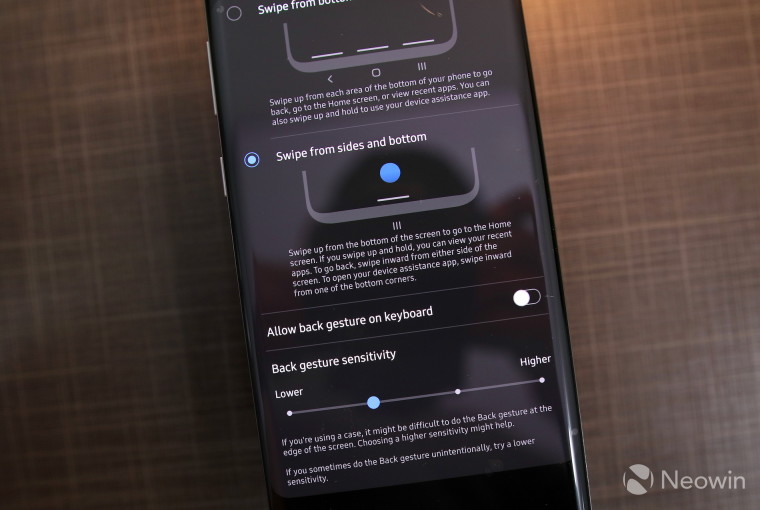 Samsung added a native Dark mode to One UI almost a year before Google got around to adding it with Android 10. For some strange reason though, Samsung called it Night mode instead of Dark mode.

With the One UI 2.0 update, Samsung has renamed Night mode to Dark mode, in line with what Google and Apple are calling it.

The Device Care section has received a UI overhaul in One UI 2.0. It now displays all the relevant information in an easy to understand UI. The battery usage screen also has a new UI which gives more insight into app usage and battery usage over a week, though this feature is a part of Android 10. 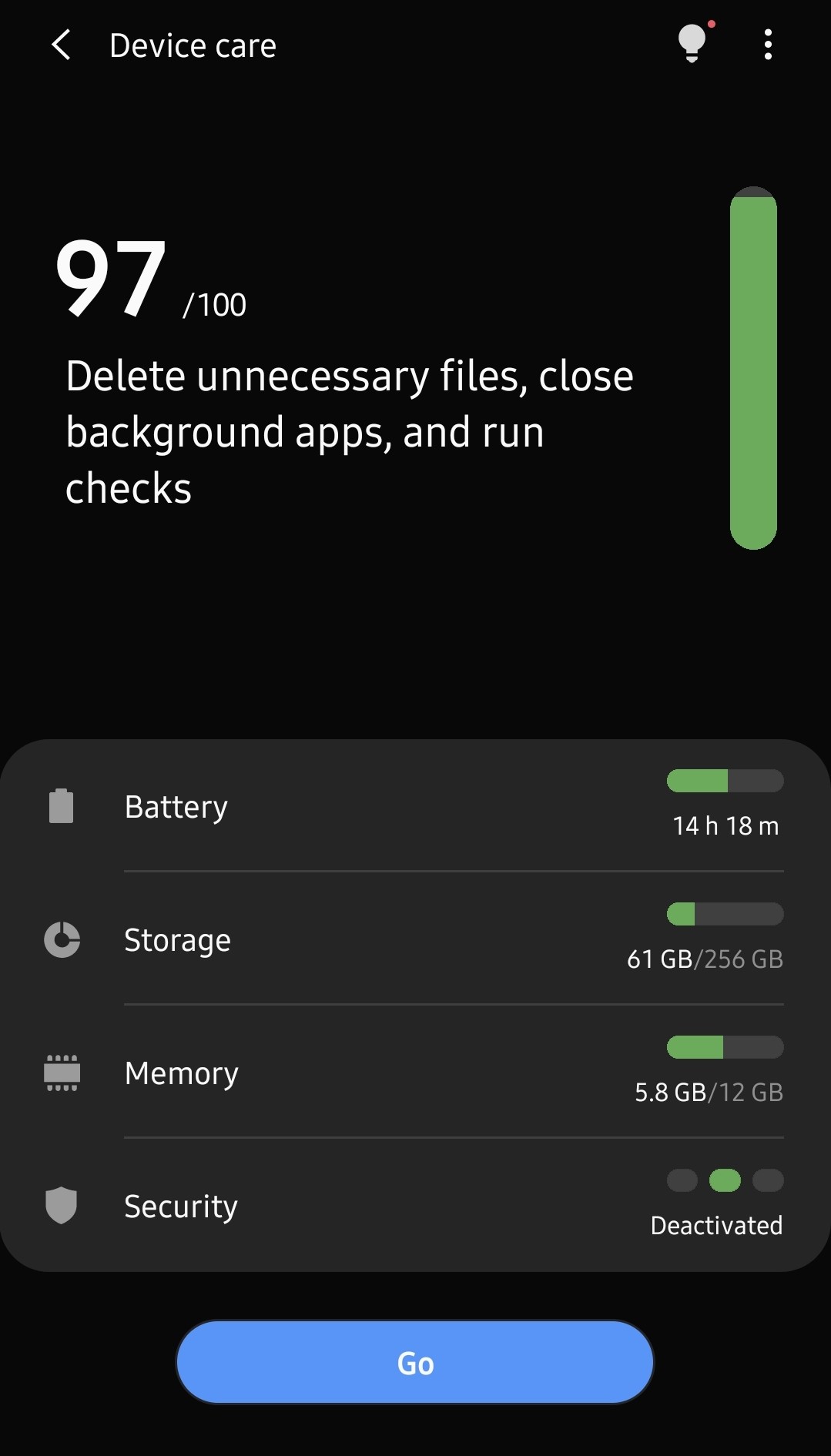 The Camera app has again received a slight redesign as a part of the One UI 2.0 update. Apart from updated UI elements, Samsung now hides all the available camera modes under the More section which gives the app a cleaner look.

You do have the option of customizing the list of modes that are shown above the shutter button so you can keep the ones that you tend to use more and hide others. 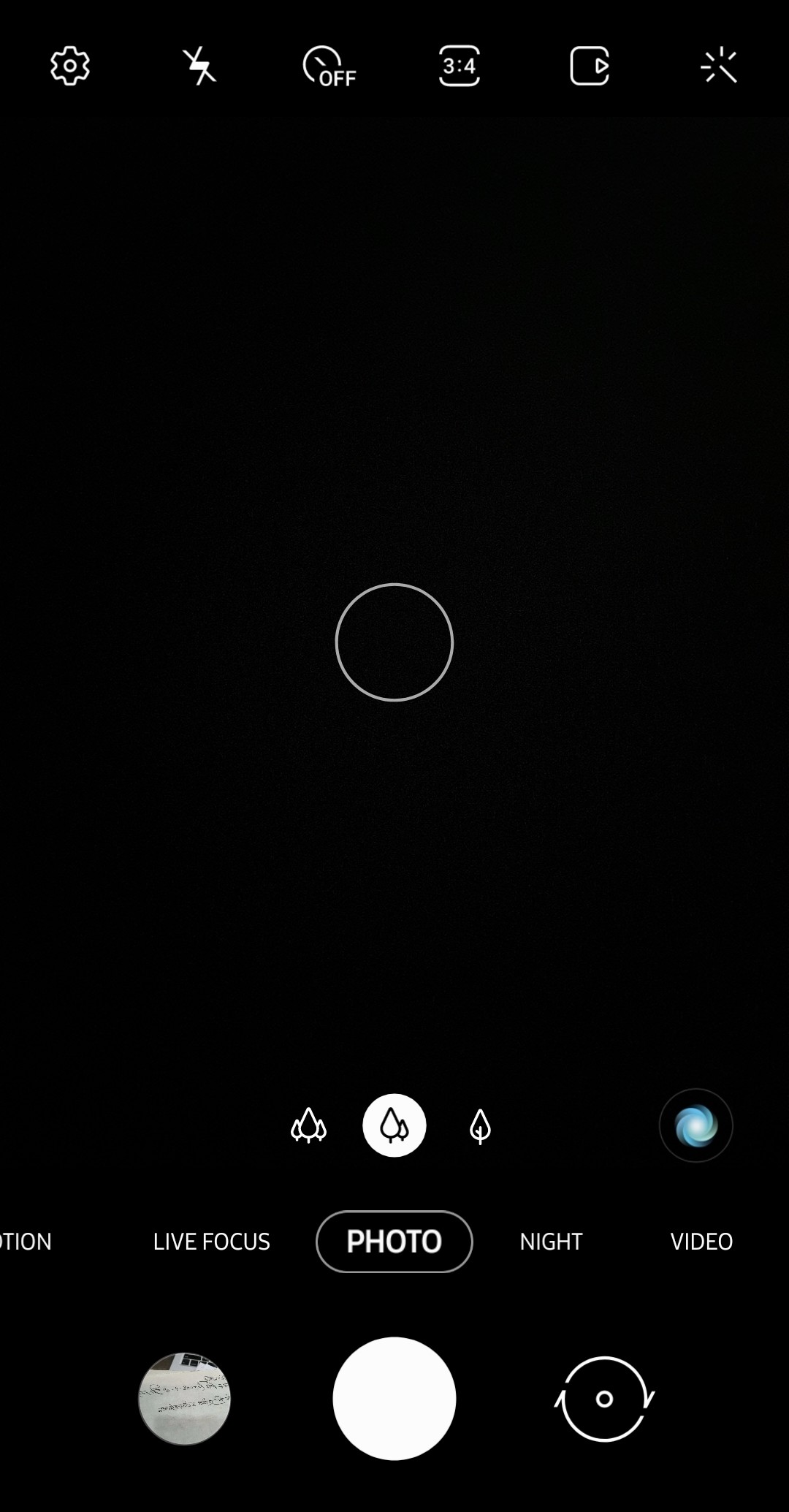 Taking a cue from Apple’s book, Samsung has added slow-motion video recording support for the front camera in One UI 2.0. This feature is limited to only flagship Galaxy devices like the Galaxy S10 and Note 10 series though.

The volume controls have also been redesigned in One UI 2.0. They are now sleeker and smaller in size. 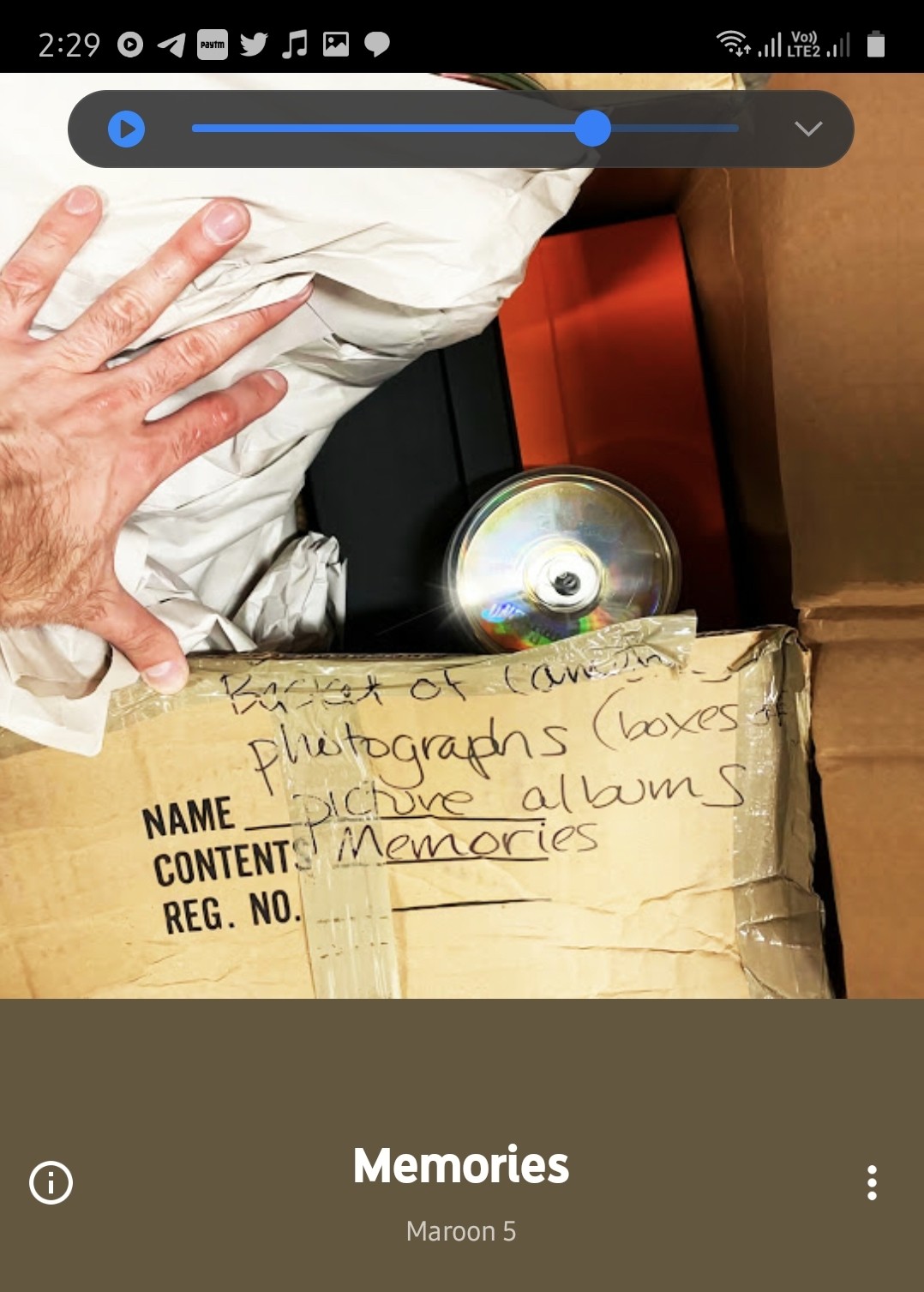 When Samsung announced the Galaxy Note 10 series earlier this year, it announced a strategic partnership with Microsoft.

As a part of this partnership, Samsung will phase out all its cloud services and switch its users to offerings from Microsoft. Building on that partnership, Samsung is integrating OneDrive with the Gallery app meaning you can automatically backup all your photos to OneDrive. 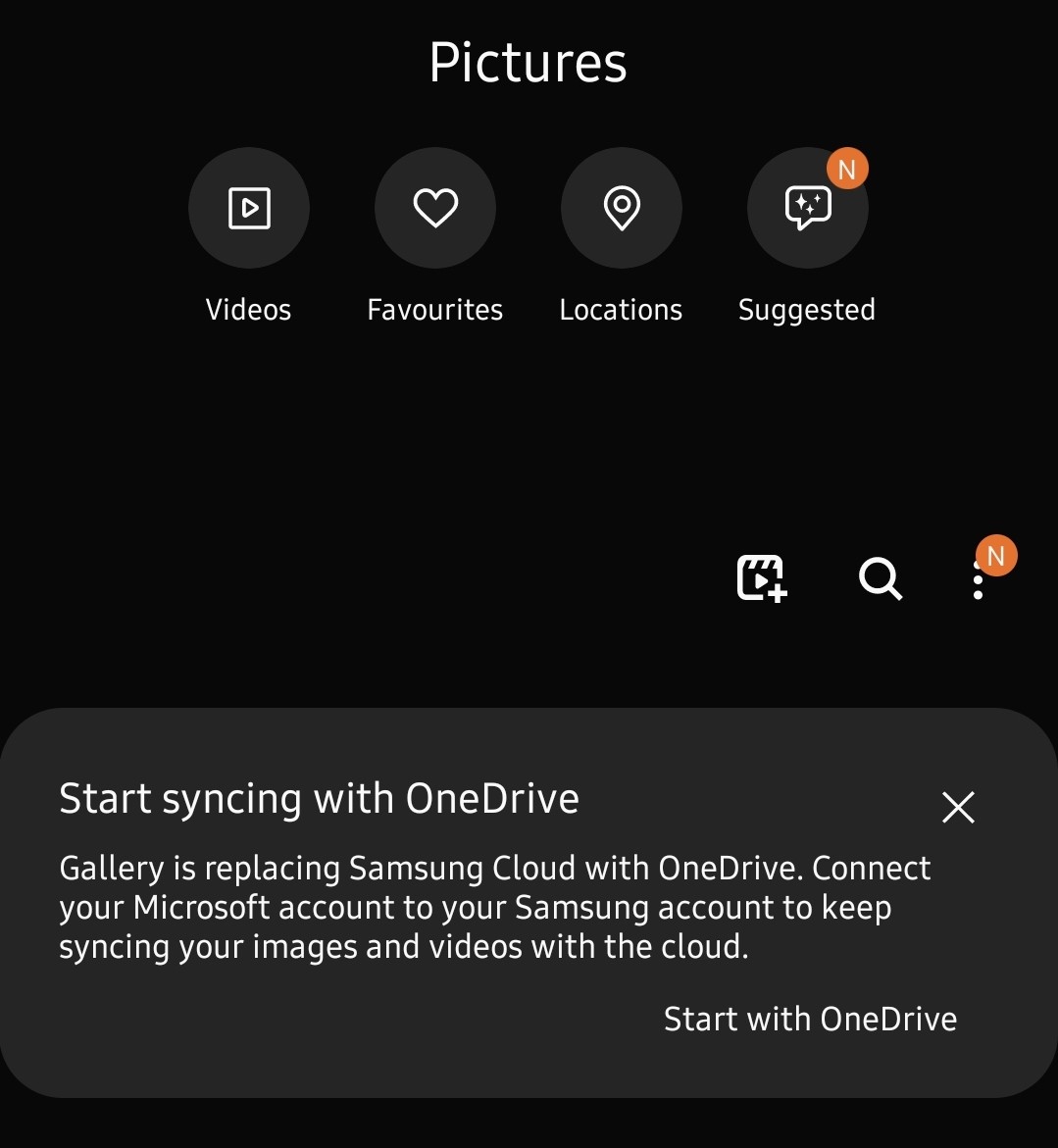 Samsung has rolled out this feature to selected Galaxy Note 10 units running Android 9.0 Pie but a wider rollout will only happen with the One UI 2.0 + Android 10 update.

This is a feature that's part of the Android 10 update from Google rather than One UI 2.0. Nonetheless, Digital Wellbeing has been further improved with the addition of Focus mode and Wind Down. The former blocks notifications from all apps except the ones selected by you to help avoid distractions.

As for Wind Down, it turns the phone's display into greyscale and blocks notifications making it ideal for use before you go to bed. 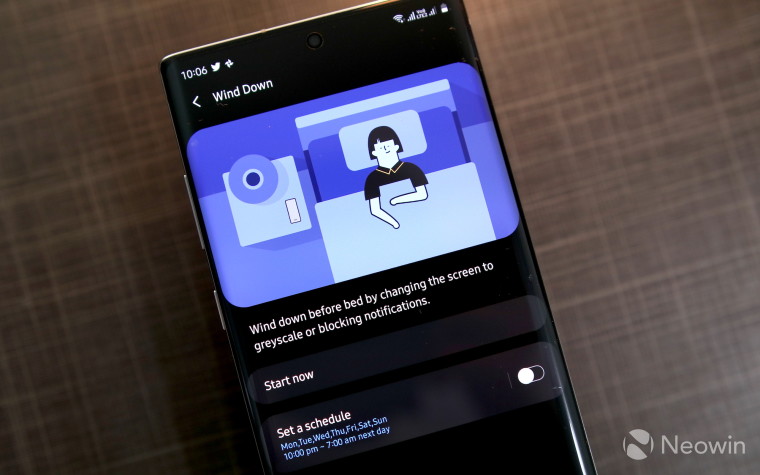 The Pro camera mode has been improved and now supports opening the shutter for up to 30 seconds. Previously, this was capped at 10 seconds. The maximum ISO limit has also been increased and one can now bump the ISP up to 3200.

Sadly, the Pro mode is still limited to the primary camera and does not support the ultra wide-angle or telephoto camera on devices like the Galaxy S10 and Note 10.

Samsung is expected to start rolling out the One UI 2.0 + Android 10 update for the Galaxy S10 and Note 10 by the end of this year. One UI 2.0 will also be making its way to older Samsung devices like the Galaxy Note 9, Galaxy S9, etc.