Apple's product line circa 1993 had some surprising similarities to Apple's product line circa 2012, at least on the surface. Sure, the Apple II had been left on the sidelines to die a sad, slow death, and Cupertino was starting to experiment with some bizarre side projects like the Philipps-produced PowerCD, and they were actually making a product with the words 'low cost' in the title. But let's just ignore that for dramatic effect, shall we? What you're left with is the Macintosh line, Apple's full scale desktop platform, gradually trying to inch its way into the TV market, and the newfangled 'ultra-portable' Newton line.

The Newton had its roots in Knowledge Navigator, the theoretical pipe-dream of Apple CEO John Sculley that found a new lease on life when the iPad was released. As it turned out, though, the world of 1986 was not prepared for a sleek tablet with amazing graphics and an intelligent speech-recognition system, and the plan, if there ever was one, fell apart. It would provide the seed for Newton. 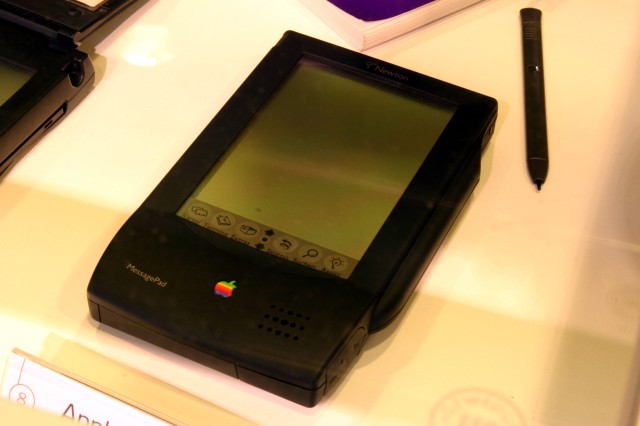 Following the buggy first version, Newton was praised for its handwriting recognition

Steve Sakoman, who'd originally been brought in by Steve Jobs to develop a portable Macintosh, was none too pleased with the direction Apple was going in after Jobs' departure. He tried to recruit Jean Louis Gassée, Steve Jobs' successor as head of the Mac team, to launch a new company focused on portable computers. When it looked like they were going to get sued over that, the two almost relented, but not quite: Gassée managed to convince Sculley to let him start a new skunkworks project at Apple to work on a new portable device. Named for the figure that appeared on Apple's original logo, the project would be called Newton. 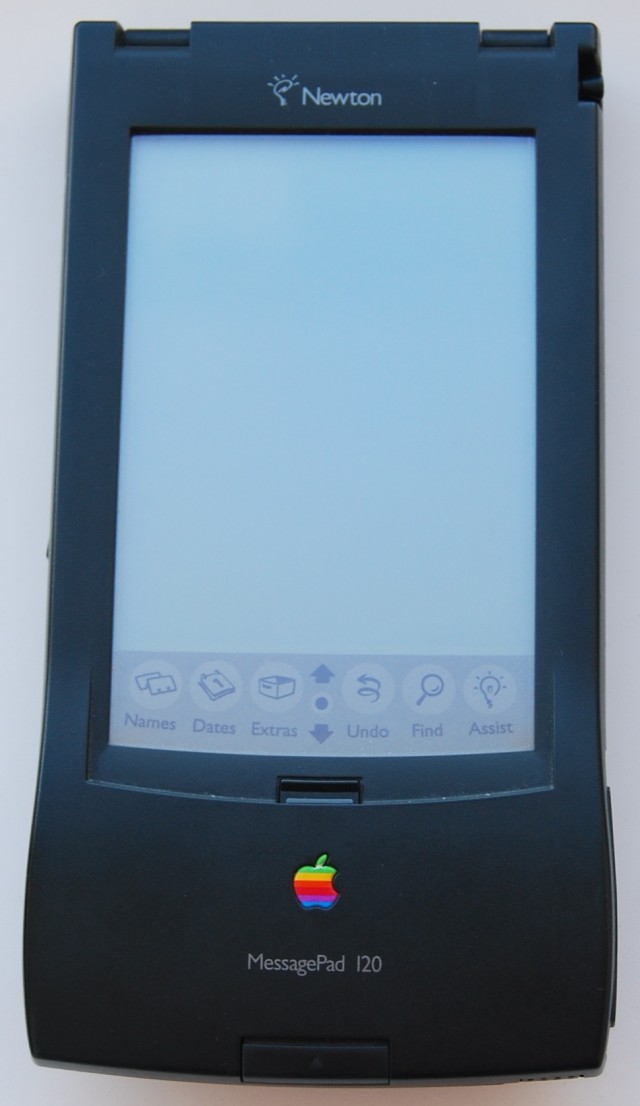 The Newton MessagePad 120, the more powerful version of the Newton released at launch, was designed by Jonny Ive, the man behind the iMac, iPod, iPhone, iPad, and just about every Apple gadget from the last 10 years

Newton's development was a long and drawn out process, and right up until release, its fate was uncertain. Like the Mac before it, Newton was developed in seclusion by an unbelievably dedicated few. It would have to contend with buggy software, rival products, and the departure of its 'parents,' Gassée and Sakoman, who went on to found Be, Inc. If Sculley hadn't been enamored with the device, who knows what would've happened to Newton? By the early '90s, Newton was starting  to morph from a research project into a real, marketable device. The only problem was the price - the original Newton prototype cost around $6,000, way more than any consumer was  going to pay for an unproven handheld computer.

What happened next is really interesting, especially considering that Apple's most recent hit is the iPad Mini. A battle played out among managment regarding which version of the Newton they were going to release. There was the Senior (probably not something you want to call your tech device), which was bigger, more powerful, and way, way more expensive, and the Junior, which was a smaller, less powerful take on the Newton concept. In the end, despite concerns that the Junior's lackluster processor would hurt user's first impression of the device, Sculley made the final call to run with a smaller device that consumers, Apple's traditional market, would be more likely to buy. 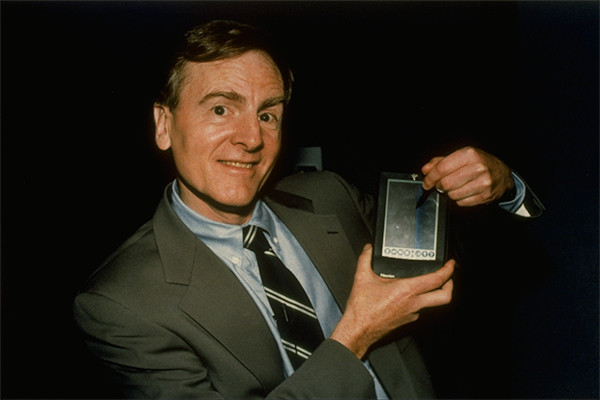 Apple CEO John Sculley was deeply passionate about the Newton, overseeing its development even after he had scaled back his involvement with the company

Sculley loved the Newton. He even coined the term 'personal digital assistant,' or PDA, to describe the new type of device. If it hadn't been for his devotion to the device, it might never have made it to market, and it probably remains as his greatest contribution to Apple, or at the very least the greatest contribution he took credit for. It wasn't the first tablet-like device envisioned, but it was the first to be serious contender on the market, and the technology inside established some trends that can still be seen in Apple products today.

When Apple decided to ditch AT&T Hobbit processors because of their poor performance and AT&T's insane licensing demands, they decided to take a chance with a a new architecture from an unlikely British firm called ARM Holdings, which Apple had become invested in in the late '80s. Their compact, efficient processors were perfect for the Newton, and they were also perfect for the iPhone and iPad. Of course, nowadays they're a serious contender to x86's dominance, at least in terms of marketshare. 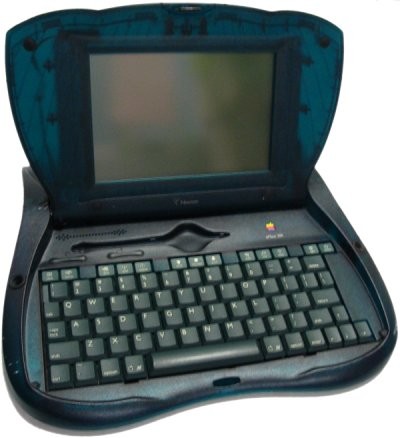 The eMate 300 was the antithesis of Apple's modern design style - it was a thick, rugged, hulking piece of plastic

And let's not forget that the Newton also led to the creation of the netbook of its time, the eMate 300. Far from impressive even at the time of its release, the eMate was designed to be a cheap, rugged laptop for school use, and it actually did a pretty decent job at basic tasks, even if it only had a black and white screen and no internet connectivity to speak of.

Ultimately, the entire Newton line, and PDAs in general, failed to gain any serious traction in the market, probably in part because the technology just wasn't capable of supporting them to the extent needed at the time. When Steve Jobs finally returned to Apple in 1997, the Newton was one of the first products on his hit list, making some folks wonder if it wasn't more out of spite for Sculley, who loved the devices to the bitter end, than for Newton itself. Even then, a dedicated fanbase kept the Newton alive well into the 21st century.

Either way, that the Newton laid the foundations for the iPad, and the handheld revolution, isn't up for debate. It would never make it in today's market, but without it we probably wouldn't have today's market. Who knows, had the technology existed at the time, the Newton might've looked a lot more like the iPad.

Images via Wikipedia and TimeNerdWorld