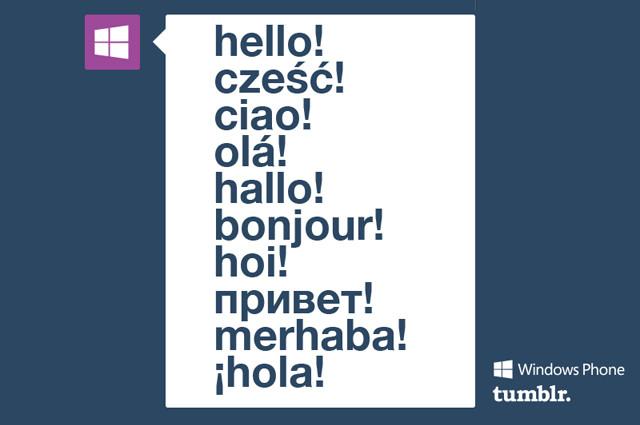 Tumblr launched its first Windows Phone app about a month ago, and since that time the company has agreed to sell itself to Yahoo for $1.1 billion. Despite the deal, however, it's business as normal for the micro-blogging and social network hybrid, which released a new version of its Windows Phone app on Tuesday to support more languages.

With the update, Tumblr on Windows Phone now supports Dutch, English (both U.K. and U.S dialects), French, Italian, Polish, Portuguese (Brazil and Portugal dialects), Russian, Spanish (Spain and Mexico dialects) and Turkish. Though the app's release notes have not been updated, no other changes were immediately apparent.

Shortly after Tumblr's Windows Phone app was first released, Neowin sent the company an email asking if it had plans for a Windows 8 and Windows RT app, though no response was received. Tumblr has yet to announce any plans to support Microsoft's desktop and tablet operating system, though its soon-to-be parent company has increased its support for Windows 8 and Windows RT.

The update, which brings the app to version 1.0.1.5, is currently available in the Windows Phone Store.