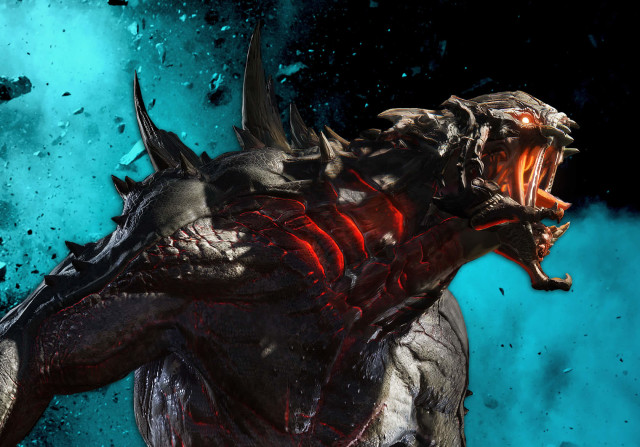 Turtle Rock Studios and publisher 2K have announced a limited alpha for their upcoming game Evolve. We were able to catch a glimpse of the four-versus-one shooter at this years E3 and it looked fairly impressive to say the least. This comes as no surprise as the studio behind the game has released previously highly rated titles, Left 4 Dead and Left 4 Dead 2.

Unfortunately, the game isn't slated to release until the end of the year. Luckily, Jess Damerst, Community Manager for Turtle Rock, has unveiled a way to access the upcoming alpha. As you can see from her tweet, you will navigate to the alpha registration page, and begin the process.

After you enter your birthday certifying that you are of proper age, you will be asked for a password. If you are looking for this password it has been provided (happyhunting) by Damerst. After entering the password, you will arrive at a screen informing you of the requirements. The main requirements state that you will need a PC capable of running the game, a working Steam account, be able to coordinate for a large test of the game, and be located in the United States, Mexico, or Canada.

You will need to provide some personal information like name, email, Steam account handle, and referral code (JoinTheHunt). Finally, you will have to share some information about the computer you will be using for the alpha, mainly just information about your current system specifications.

While the public alpha registration was just announced today, it looks like Turtle Rock will have a participant list confirmed by July 5th, 2014. So if you are planning to join the alpha, do so now, it closes in a couple days.