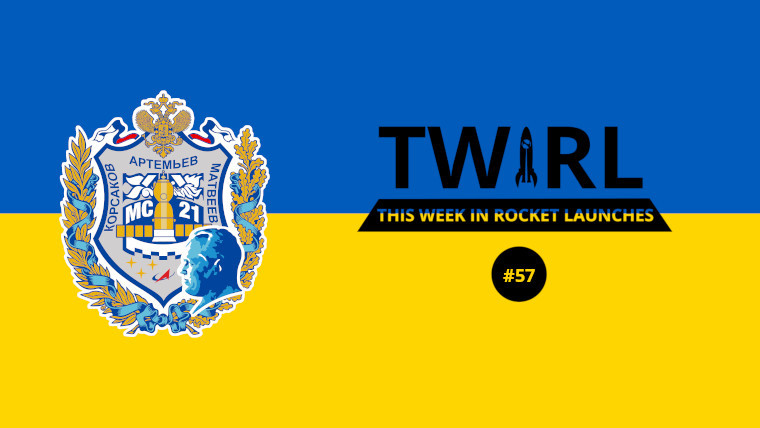 We’ve got a quiet week this week for rocket launches with just Roscosmos launching a Soyuz 2.1a rocket carrying a Meridian-M communications satellite, however, what has been more interesting are a few events that have taken place recently. First, there was the James Webb Space Telescope which finally aligned its optics to snap a picture of a star. Second, Russian cosmonauts arriving at the space station exited their capsule in yellow and blue spacesuits representing the colours of Ukraine – though they didn’t say this outright.

The first and only launch of the week pencilled in is Roscosmos’ Soyuz 2.1a which will be carrying the tenth Meridian communication satellite with a designation of Meridian-M 20L. The satellite is being deployed for the Ministry of Defense and will operate for around seven years. The mission is set for at 12 p.m. UTC launch.

Last week, we reported that three Russian cosmonauts would be heading up to the International Space Station. In a surprising twist, Oleg Artemyev, Dennis Matveev, and Sergei Korsakov exited their capsule wearing predominantly yellow suits with blue bands and patches as well as the Russian flag on their chest. According to the cosmonauts, when asked why they were wearing those outfits, they said that they just had a lot of yellow material to use up but have been interpreted as tacit support for Ukraine against Russia's invasion.

The first launch of the week was Astra Space’s Rocket 3.3 carrying a hosted payload that never separates from the rocket. The S4 Crossover payload is a prototype used to test a Globalstar transmitter, Iridium transceiver, and space environmental instruments.

Next, China launched a Long March-4C carrying a remote sensing satellite called Yaogan-34-02. This satellite is part of a network that monitors the Earth for things like surveying land resources and helping in disasters.

Next up we got the Soyuz 2.1a launch carrying the aforementioned Russian cosmonauts.

Then there was the subsequent hatch opening for that mission.

Finally, SpaceX launched another raft of Starlink satellites to help beam the internet back to Earth.