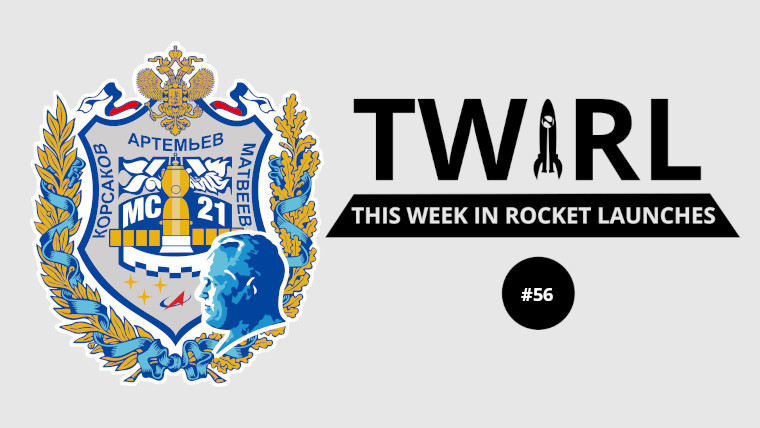 This week, we have three rocket launches scheduled, including one from Roscosmos which will see three Russian cosmonauts head up to the International Space Station. The other two launches will come from Astra Space and SpaceX, both of these are unmanned and carry various payloads including Starlink satellites.

The first launch of the week is Astra Space’s Rocket 3.3 carrying S4 Crossover, a hosted payload that will not separate from the rocket. S4 Crossover is a prototype payload host platform that will include various equipment such as a Globalstar transmitter, Iridium transceiver, and space environmental instruments for testing. The mission is due to launch between 3:22 p.m. and 4:22 p.m. UTC from Alaska and will be viewable as a live stream from Astra’s website.

The next launch will be conducted by Roscosmos from the Baikonur Cosmodrome at 3:55 p.m. UTC on Friday. A Soyuz 2.1a will launch a crew to the International Space Station. The mission is called Soyuz MS-21 / ISS 67S and will be carrying three Russian cosmonauts: Oleg Artemyev, Dennis Matveev, and Sergei Korsakov. Interestingly, this is the first mission to the ISS with three Roscosmos astronauts aboard as NASA decided not to buy a seat this time.

The final launch of the week is SpaceX’s Falcon 9 rocket carrying 46 Starlink satellites. These satellites will further bolster the Starlink constellation which is used to beam internet back down to the planet. Starlink satellites have been criticised for polluting space but they’ve also been helpful in crises such as the tsunami in Tonga and the war in Ukraine. You’ll be able to tune into the launch at 1:30 a.m. UTC via the SpaceX website.

The first launch we got last week was an Iranian Qased rocket carrying the Noor 2 satellite for the Iranian military. The satellite is a CubeSat but it’s not exactly clear what the mission of the satellite is.

Finally, SpaceX launched a Falcon 9 rocket on Wednesday carrying 48 Starlink satellites, you can see footage of the launch below.