Twitter has recently launched a new program called "Twitter Insiders" in the U.S., a community consisting of selected users that will play a "leading role in making the platform better for brands."

The popular social networking site introduces the program as a community, where users are able to have “thought-provoking discussions with like-minded people” as well as “debate how you use Twitter services like Periscope, Vine, & Moments.”

To become a part of the community, a user needs to be invited by Twitter through a tweet which can be seen from their timeline, according to Motherboard. As a user signs up, a few questions like interests, educational attainment, ethnicity, and income, among others will be asked. 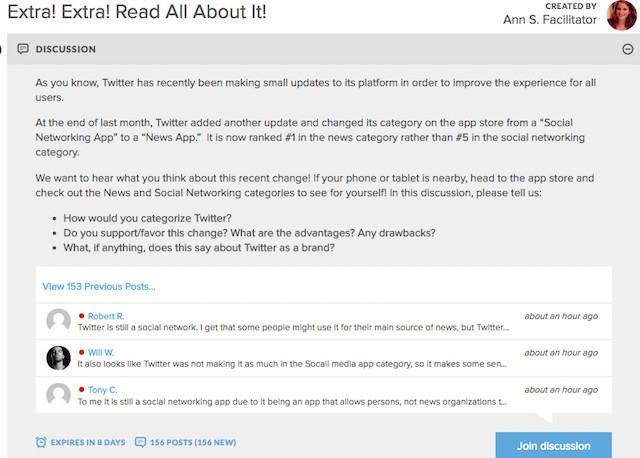 Once inside, new insiders will be greeted by a message board where they will be asked about their insights on certain happenings on the Twitter service, like its recent move to reclassify itself as a news app in the Apple App Store, as well as excluding links and photos for its 140-character tweet count. The Twitter team wants to find out the drawbacks and advantages behind these changes, and then aim to improve the experience for users.

Lastly, the Twitter Insiders message board also allows members to create their own polls, which could be about Twitter, or a certain topic of their choice.

The launch of this Twitter Insiders program is limited to the United States, with its United Kingdom counterpart introduced two years ago.