Twitter has become one of those things that many of us just can’t live without – and one of the most appealing elements of the platform is the ability to use it through so many different channels, from deep OS integration to third party apps, and of course, the official Twitter website and mobile applications.

Today, Twitter is relaunching its official access hubs – web, mobile and apps – with a new look that aims to refocus all Twitter activity around four key zones: Home, Connect, Discover, and Me. The update will bring better integration between its web presence and its app features, while also aiming to hold on to users who might otherwise be tempted to use third-party means to access its services.

Calling the new interface “a faster, simpler way to stay close to everything you care about”, the new Twitter is being launched under the tagline “yours to discover”. 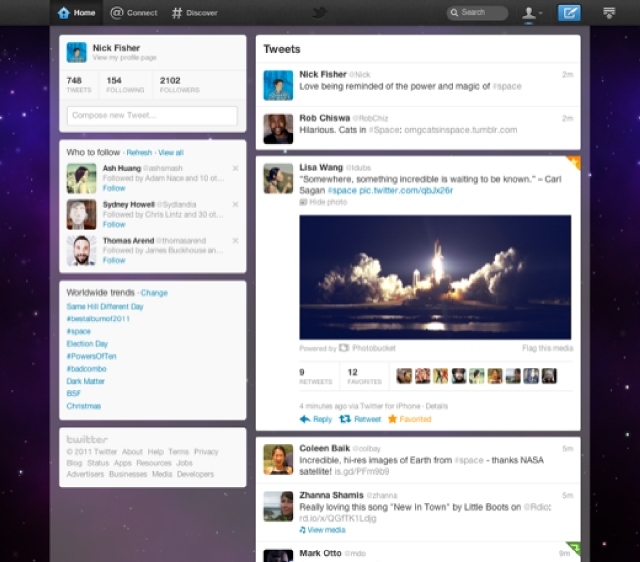 This is the top-level view where you can see tweets from people you’re following, along with the familiar Twitter stats, suggestions for who to follow and trends. Essentially, this is an updated version of the existing default Twitter website view, but flipped, with the timeline now on the right.

Photos and videos are embedded directly in tweets, adding to the ‘at a glance’ aspect of the home view. 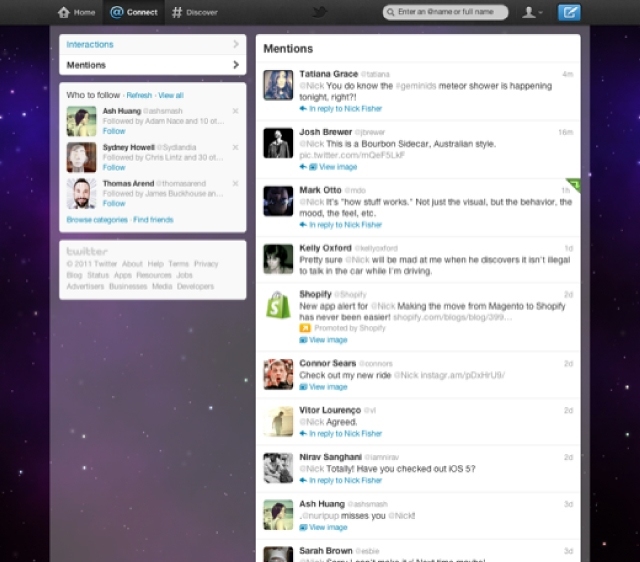 This zone is dedicated to what Twitter calls “the conversation”. Here, you can see who’s followed you, who’s mentioned you, or who’s retweeted or favorited any of your tweets. 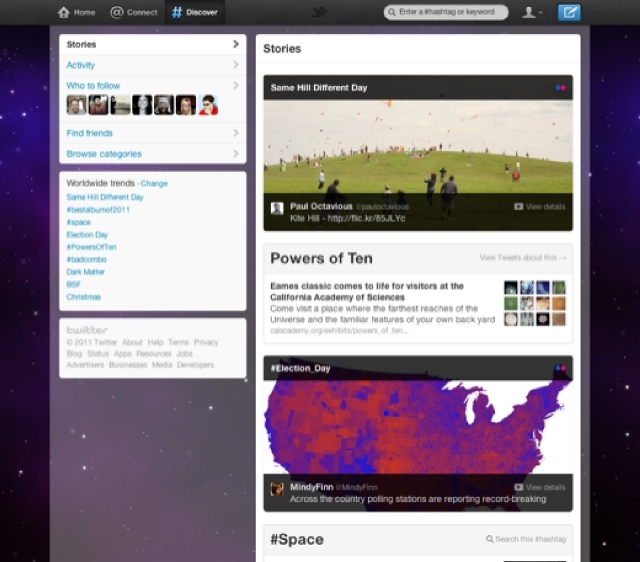 “Simplicity meets serendipity” is how Twitter describes this section, which aims to provide a stream of useful information or enjoyable media that are customized to your needs and preferences. Results change depending on your current location, whom you’re following and what’s happening in your ‘conversation’. The idea is that the more you use Twitter, the better these results will be customized to your tastes. 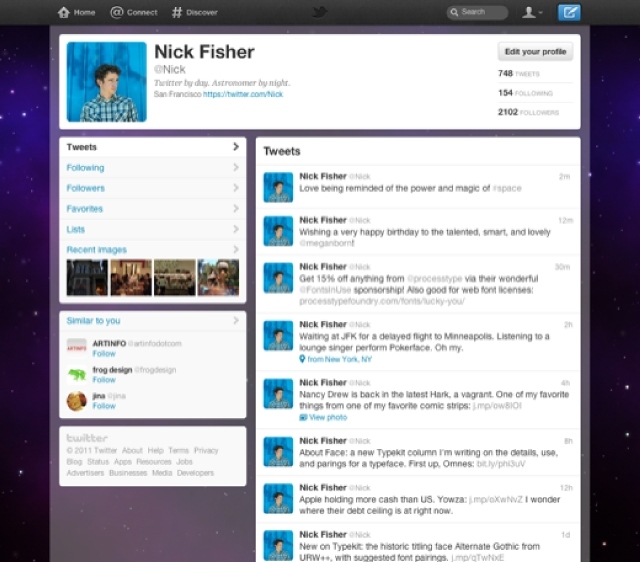 As you've probably guessed, this is all about you, and how you introduce and present yourself to the world. People can view your tweets, see who you’re following and who’s following you, check out your photos, and direct message you. 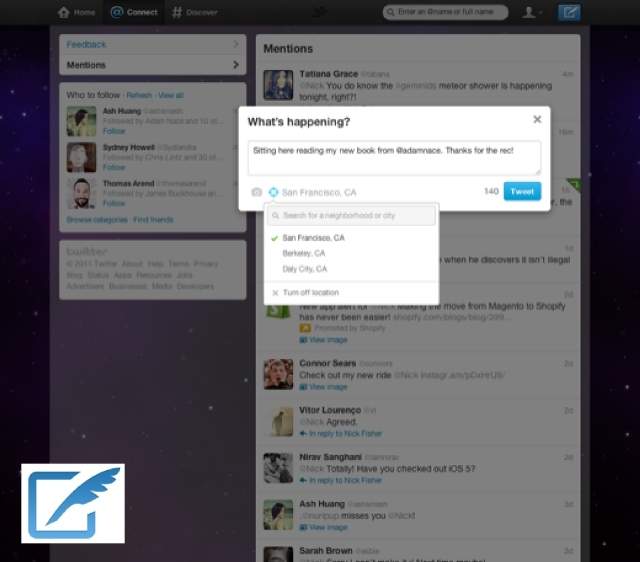 The ‘new tweet’ button gets a feathery quill-like makeover (superimposed at bottom-left of the image above), but other than that, tweeting is the same as before, with the usual features, such as hashtags and adding your location.

Twitter will begin rolling the new look out to its website today (don’t panic if you don’t see it immediately; you’ll get it soon enough). 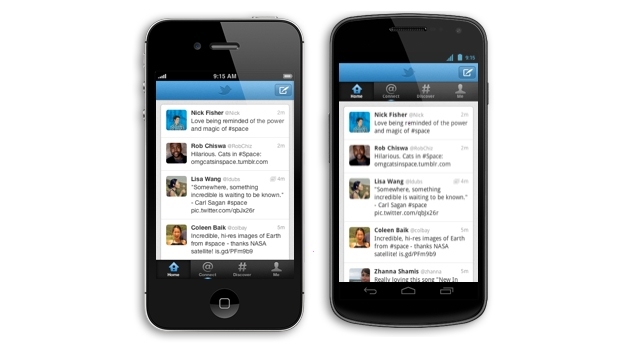 However, Android and Apple iPhone users can get the new look apps right now:

Twitter is currently working on versions for other platforms and devices, including one for the iPad; further info on this will be made available through the Twitter Blog.