Whether you were up for Occupying Wall Street or not, there were lots of people doing it around this time last year. Twitter was one of the big hubs for occupiers, and the site impressed civil liberties groups by fighting for a protester's privacy.

Malcolm Harris, better known as @destructuremal, is the man the entire story revolves around. Judge Matthew Sciarrino Jr. twisted Twitter's arm to make them hand over Harris' details, earlier this week. Twitter got to choose between handing over the data in three days, or being fined for contempt of court. Oh, and he'd need their financial results for the last two quarters to decide the fine.

The New York Post suggested Twitter would tweet to the judge's tune, having no other option apart from financial ruination. Malcolm Harris' records will remain sealed until his own legal team appeals next week, so this could go on yet. One of his own tweets indicates a lot.

but for real, crowdfunding whatever fine twitter faces is ridiculous. put it towards the countless ppl facing more serious bullshit charges.


Some people are likely readying themselves against Twitter for "selling out to The Man, man", but the charges against Harris are surprisingly minor. He's being charged with disorderly conduct, which has a maximum fine of $250. Alongside 700 other people he was arrested on the Brooklyn Bridge last October. 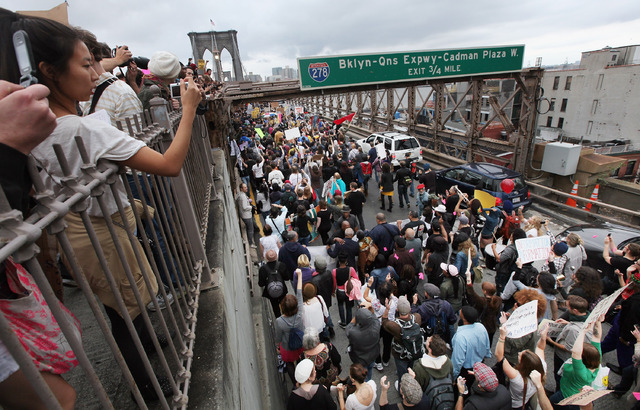 Twitter has to be respected for fighting for Harris' rights. Forced into the dictionary definition of "Hobson's choice", the site did the only thing they could. $250 isn't ridiculous but Sciarrino must know the blow financial results would have, ensuring the illusion of choice remained an illusion.