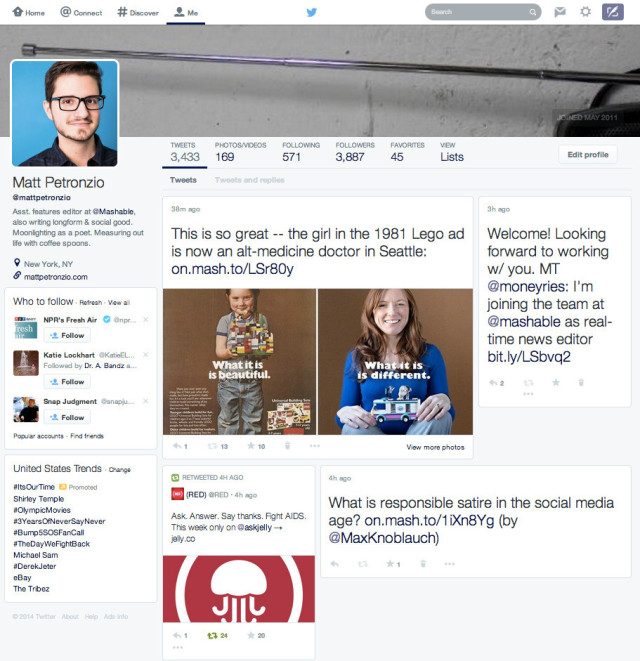 The redesign, which was apparently rolled out to a small number of users, was first spotted by Mashable editor Matt Petronzio. In lieu of the previous 'vertical timeline' flow previously seen on Twitter profiles, this redesign capitalizes on images and new tweets and includes a monochromatic silver and white theme, with a format which TechCrunch describes as "magazine-style".

While many have compared the design to Facebook, others are comparing it to similar websites and applications - including Facebook's flagship news reader app, 'Paper', and even Pinterest. The new profile sports a minor sidebar redesign, which minimizes the 'who to follow' and 'trends' sections - as well as a tiled theme which diverges from the previous sectional interface.

Twitter is already buzzing from talk of the redesign, and many users are noting their grievances. Considering the backlash Facebook has received from their previous site redesigns, while Twitter's new profile flow will displease some at first, it may be effective in the long run. Last month Twitter rolled out a redesign for their desktop site, inspired by Android and iOS apps, which was warmly received. Considering Twitter's recent financial woes, a site remodel may be just the thing the social media platform needs to boost performance and public appeal.