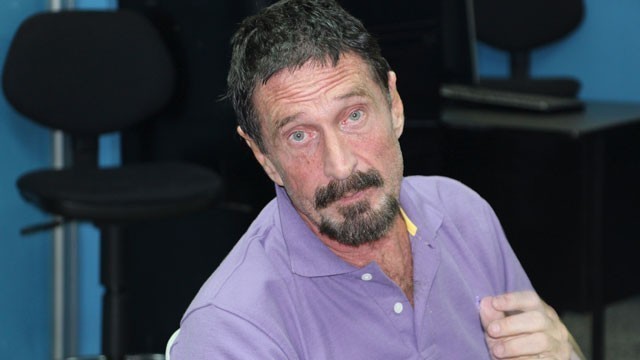 It was one of the oddest stories of December. McAfee software founder John McAfee, living in Belize, went on the run after local law enforcement officials wanted to talk with him about the murder of an American businessman in that country. McAfee made his way to Guatemala, where he was later deported to the U.S.

McAfee, who has denied any involvement in the murder, sold the rights to his life story to Impact Future Media. Now The Hollywood Reporter states that not only is that company moving forward with its McAfee movie plans, but another studio is planning its own film based on the software founder.

Impact Future Media's project has the working title "Running in the Background" and will be a full biopic, with McAfee's story told from his childhood to his present day activities. Impact Media said the budget for the film will be about $28 million. No writers, directors or actors have been attached to the project yet.

Meanwhile, Warner Bros. has bought the rights to "John McAfee’s Last Stand," a Wired magazine article written by Joshua Davis. The studio has hired the writer/director team of John Requa and Glenn Ficarra to adapt the article into a feature film. The duo have collaborated on films such as "Bad Santa" and "Crazy, Stupid, Love."