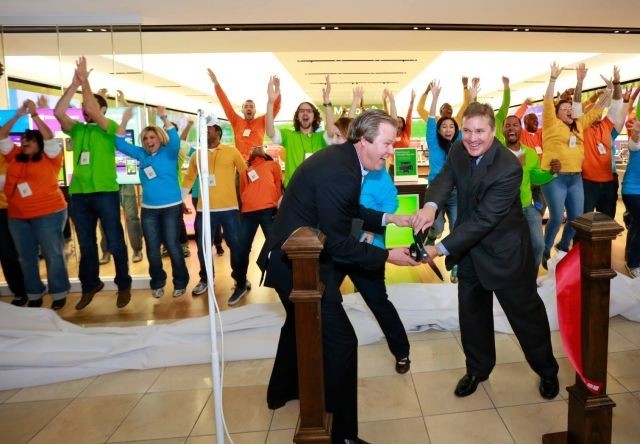 Microsoft has been opening quite a few new Microsoft Store retail locations in the U.S. and Canada in the past few months and that expansion will continue in 2014. Microsoft has already confirmed two new store openings in the U.S. and their careers pages shows that the company is hiring for at least two more stores that have not been officially announced.

The two new stores that are officially on Microsoft's roster are the previously announced Farmington, Connecticut location at the Westfarms shopping center and the just announced store at the Westfield Garden State Plaza in Paramus, New Jersey. In addition, the Microsoft Careers website shows that the company is hiring for a new store to be located in Phoenix, Arizona as well as a smaller specialty store in Sacramento, California. So far, there's no word on when these new locations will open in 2014.

Microsoft currently has 84 combined full and specialty stores open in the U.S, Canada and Puerto Rico, along with 500 "store within a store" locations in Best Buy outlets. The company has announced it will be opening stores in China at some point but details have yet to be revealed.