In a recent survey conducted by price comparison site Moneysupermarket.com, it has been found that users of certain UK mobile broadband providers will incur substantial charges for exceeding their bandwidth limitations. This news comes from the BBC Technology website.

Of course, these charges vary (quite considerably) according to the policies of the separate companies. To this end, strong guidance regarding thorough reading of the policies is recommended. Perhaps more concerning than the amount the charges are, is the fact that three out of four mobile broadband providers have the risk of these extra costs.

According to the survey, over half of mobile broadband users do not realize what their limit is, with twenty four percent of those not even realizing they have a limit. As a result of these figures, it can only be construed that the exceeding of bandwidth is a lucrative moneymaker for the providers of this service. The fact that the users are seemingly unaware could indicate a deliberate mis-communication of the finer points contractually binding should a limit be exceeded.


The contrasts between the charges are huge, ranging from no charge to Â£200 per extra gigabyte on O2. According to the survey, only T-Mobile has no charge and will advise heavy downloaders to change tariff. The use of mobile broadband is becoming greatly popular with laptops and especially Netbooks becoming more widely used. The high street chains actively promote mobile broadband sales with their portable computers because it allows the customer to get the most from the portability of their device.

"Dongle users are most at risk of incurring charges from exceeding download allowances as limits on dongles tend to be much lower than fixed-line packages" said James Parker, manager of mobiles and broadband at Moneysupermarket.com

These charges may seem a little frightening to many which is exactly the point says O2, who states that the huge extra sums are in place as a deterrent. O2 also assure that proportionately, very few of their mobile broadband users exceed their limits. Others think its a little too easy to exceed the bandwidth limitations on certain packages: "You'd only need to double that usage to find yourself with a Â£600 bill from O2," said Parker.

The only advice available to those wishing to benefit from the use of mobile broadband is to closely monitor usage for the first couple of months to see what kind of bandwidth is used on average and then either continue or reduce usage on that basis. Mobile broadband also comes in pay as you go options, but has the downside of less bandwidth capacity. 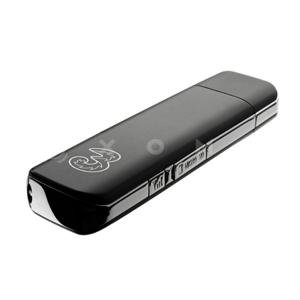