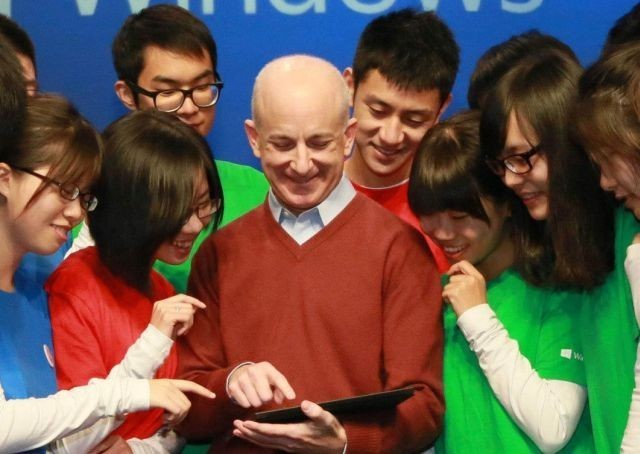 Microsoft and the leader of its Windows 8 development team, Steven Sinofsky, parted ways back in November just a few weeks after the launch of Microsoft's latest OS. Earlier this month, Microsoft released details of Sinofsky's retirement package to the federal government, and one of its provisions was that Sinofsky could not take any job offers "at certain competitors" until after Dec. 31, 2013.

However, that filing didn't have a specific list of those "certain competitors". Today, Microsoft made a new filing with the U.S. Securities and Exchange Commission  which actually lists the seven companies that Sinofsky can't work for until next year, if he wants to get his full retirement payment that's worth a total of over $14 million. The companies on that list are Amazon, Apple, EMC, Facebook, Google, Oracle, and VMWare.

All of the companies on the list, with one possible exception, are heavy competitors to Microsoft in several different tech markets, so it would make sense for Microsoft to ask Sinofsky not to work for those corporations until he has been off the job for over a year. However, Facebook is in many ways not really a competitor to Microsoft. Not only does Microsoft have a modest investment in Facebook, the two companies have had a number of partnerships, mostly surrounding Facebook integration with Bing search results.

Perhaps more interesting than what's on the "Sinofsky list" is what companies didn't make it. Apparently it's OK for Sinofsky to work for BlackBerry or Mozilla or even Twitter.

Since he left Microsoft, Sinofsky spent some time teaching at Harvard and launched a blog, Learning by Shipping, where he has written a number of lengthy posts about how to manage the release of technology-themed products.