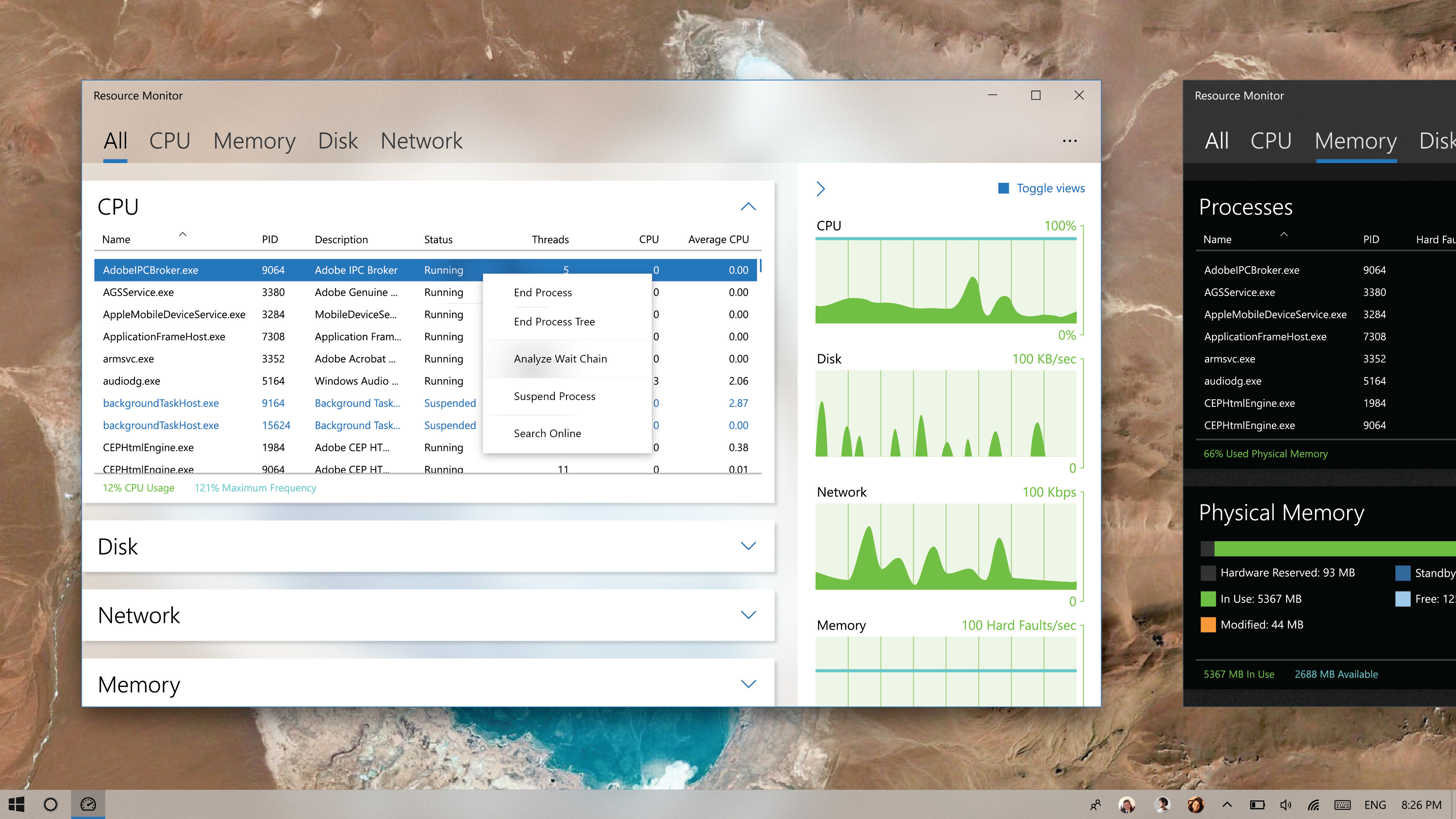 At Build 2017 this month, Microsoft shared with us its vision for a modern, cleaner design for Windows 10. With an emphasis on lighting and depth, cleaner lines and a few new motions for app transitions, the new Fluent Design System looks wonderful, and Microsoft has already started updating many of its apps with the improved visuals.

Legacy Win32 apps and tools from the company, however, have mostly retained their aged look. A Reddit user thought they could do better and, so, has created a gorgeous concept for what the Resource Monitor on Windows 10 could look like if Microsoft decided to give it a fresh coat of paint.

As can be seen above, the concept adds brighter colours, streamlines some of the boundaries between different headings, enlarges the area for the graphs, and gives them a cleaner look for an altogether more appealing UI.

While Quayledant's concept was definitely quite popular on Reddit, others did point out the unlikelihood of Microsoft actually refreshing legacy applications with these new design principles. Still, third party developers could look at the concept for inspiration as Microsoft recently outlined a way for existing Win32 apps to adopt a modern UI via the Desktop Bridge, enabling them to make their own apps look prettier.

Update: Corrected the credit for the creator of the concept.